Heinz-Kraft Deal: The Stories Behind the Brands

The combination of H.J. Heinz Co. and Kraft Foods Group Inc. will bring many of America's oldest and best-known brands under the same corporate roof. Here's a look at the history behind some of those products. 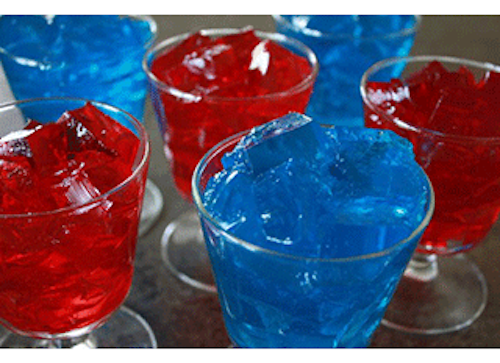 NEW YORK (AP) — The combination of H.J. Heinz Co. and Kraft Foods Group Inc. will bring many of America's oldest and best-known brands under the same corporate roof. Here's a look at the history behind some of those products:

The company's name is synonymous with the ketchup it has been selling since 1876 that actually transformed the concept of ketchup. People now take for granted the fact that ketchup is commonly made from tomatoes, but that wasn't always the case. The seemingly redundant "Tomato Ketchup" label is a holdover from when it was more common to find ketchup with ingredients other than tomatoes (some early recipes were based on mushrooms or even seafood), and Heinz needed to point out the difference.

The base ingredient of this well-known product has been part of dessert dishes as far back as the late Middle Ages, but it was a cough syrup maker in 1897 who made it into what we know today. Pearle Bixby Wait started mixing powdered gelatin with fruit flavors and sugar. The result was sold to the Genesee Pure Food Company in 1899, and within a few years, advertisements in The Ladies Home Journal and the distribution of Jell-O cookbooks as a marketing tactic set the product on its way. The gelatinous dessert has an entire museum devoted to it in Leroy, New York, where it was created.

The famous cracker and bagel spread was created in 1872 — not in its namesake city, but about 140 miles north, in Chester, New York. The "Philadelphia" part of the name was a marketing move around 1880 to tie the product with the city known at the time for quality cream cheese.

The powdered fruit drink was born of an experiment by Edwin Perkins in 1927, when he was looking for ways to reduce shipping costs for a liquid concentrate fruit drink. The mascot for the brand, a liquid-filled, smiley faced pitcher with arms and legs, started to give the product legs of its own in the 1950s. His catchphrase of "Oh Yeah!" is now embedded in American pop culture.

The story of Oscar Mayer starts in 1883 in Chicago, at the time the nation's epicenter of meat packaging and processing, with Oscar F. Mayer's butcher shop. The company stepped into hot dog marketing history in 1936 with the launch of the Wienermobile, a car shaped like a hot dog.

The all-purpose cheese sauce — and staple topping of the classic Philly cheesesteak — was inspired by a simple dish of melted cheese over toast. The product hit the market in 1952, with its first campaign slogan eventually being "Spoon it. Spread it. Heat it." The first part of that slogan eventually became unnecessary, when in 1993, Kraft introduced the squeezable bottle.

The Chicago staple was born in 1870 when farmer Claus Claussen Sr. turned a bumper crop of cucumbers into pickles. In the 1960s, the founder's great-grandson Ed Claussen helped create its touted crunchy version, known for being sold in the refrigerated section of grocery stores.

The famous Worcestershire sauce was born of a mistake, so the story goes. The two chemists whose names adorn the bottle consigned the finished product to a cellar after having tasted and rejected it as unpleasant. The key ingredient, though, turned out to be time. Years later, they rediscovered the jars and tasted the sauce again. It first sold commercially in England in 1837 and became part of Heinz in 2005.