The chocolate and candy maker — whose brands include Reese's, Twizzlers and its namesake — said that it will face an estimated $100 million to $120 million in pretax charges related to the job cuts. It anticipates $65 million to $75 million in savings, mostly in 2016, and plans to reinvest part of the funds back into the business. 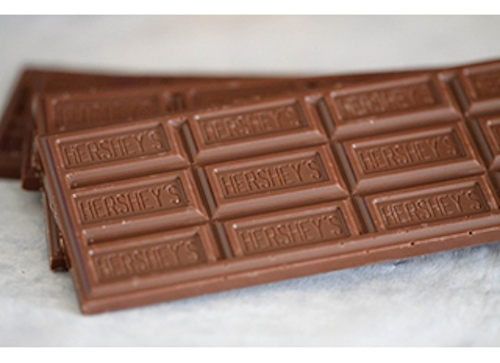 HERSHEY, Pa. (AP) — Hershey is expected to cut about 300 jobs by the end of the year as it looks to simplify its operations. The candy maker also cut its revenue outlook for the year.

Its shares fell more than 3 percent in afternoon trading Friday. The company has approximately 22,000 employees globally.

The company did not specify where the job cuts would come from, but said manufacturing operations are not included in the plans.

"Removing cost and complexity from our business will make us more flexible to quickly react to changing consumer and competitive marketplace trends," Chairman, President and CEO John Bilbrey said in a written statement.

The chocolate and candy maker — whose brands include Reese's, Twizzlers and its namesake — said that it will face an estimated $100 million to $120 million in pretax charges related to the job cuts. It anticipates $65 million to $75 million in savings, mostly in 2016, and plans to reinvest part of the funds back into the business.

Hershey also announced Friday that it is lowering its full-year revenue outlook. The Hershey, Pennsylvania-based company said that it now foresees revenue rising around 2.5 percent to 3.5 percent. It previously predicted a 4.5 percent to 5.5 percent increase.

Excluding foreign currency fluctuations, Hershey now anticipates full-year revenue climbing about 4 percent to 5 percent. Its prior guidance was for a 6 percent to 7 percent rise.

Hershey said that its chocolate sales growth in China was below expectations in April and May. In the first quarter, sales in China slid 47 percent excluding sales of Golden Monkey products, a Chinese food company that Hershey bought a controlling stake in late last year.

Hershey maintains that a slowdown in China's economy is keeping people from buying its goods.