An anonymous blackmailer threatened to poison infant formula in New Zealand to protest the country's use of poisonous baits for pest control, and sent dairy giant Fonterra packets of milk powder laced with pesticide. 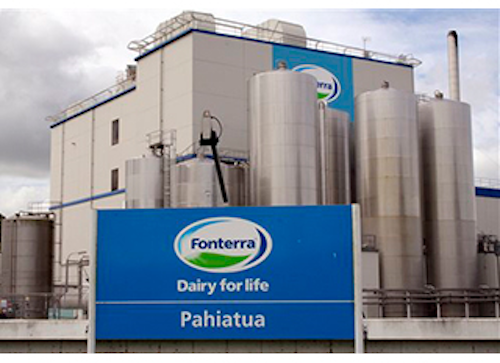 Prime Minister John Key said the threat was likely a hoax, and assured parents that formula was safe for babies to drink. But the announcement prompted fears of a backlash against the country's economically crucial dairy industry.

Fonterra, the world's largest exporter of dairy products and New Zealand's biggest company, and farming association Federated Farmers both received anonymous letters in November, police said. The letters were accompanied by small packages of milk powder that tested positive for a concentrated form of the agricultural pesticide 1080 (ten-eighty), which is used by the country's conservation department to control pests such as rats and possums.

The letters threatened to contaminate infant and other formula with 1080 unless New Zealand stopped using it by the end of March, New Zealand Police Deputy Commissioner Mike Clement said. New Zealand uses 80 percent of the 1080 produced worldwide, and many animal welfare advocates oppose its use, arguing it causes animals to suffer slow, painful deaths.

Since November, dozens of police have been trying without success to figure out who sent the letters, Clement said. The blackmailer had threatened to go public by the end of the month, prompting officials to make the announcement on Tuesday.

The nation's Ministry for Primary Industries said it had tested over 40,000 product samples and found no evidence that any were contaminated.

"We are advised it is extremely unlikely anyone could deliberately contaminate formula during the manufacturing process and there is no evidence that this has ever occurred," Key said. "While it is very likely this threat is a hoax, we as the government have to take it seriously and I can assure you that we are."

Although Fonterra received one of the letters, the blackmailer did not specifically threaten the dairy company's products, Clement said.

Still, the threat raised the prospect of consumer skittishness about the safety of the dairy giant, which suffered a brief hit to its reputation in 2013 after a false botulism scare. That incident came after it was revealed that the company processed whey protein concentrate in dirty pipes in one of its factories. Initial tests indicated the presence of botulism bacteria in the concentrate, sparking a global recall of infant formula. Subsequent tests found it to be another, less harmful bacteria. Fonterra later pleaded guilty to four food-safety violations.

New Zealand's dairy industry drives the nation's economy and any threat to its safety is treated with the utmost urgency. Companies such as Fonterra command a premium in the country's biggest export market, China, because of their reputation for providing high-quality products.

"We can fully assure our customers and consumers that all of our milk and products are safe and of high quality, and our supply chain continues to be secure and world-class," Fonterra CEO Theo Spierings said in a statement.

In New Zealand, a blackmail conviction can carry a sentence of up to 14 years in prison.