The 83 bottles of wine cited in a lawsuit last week as having dangerously high levels of arsenic came from 28 California wineries and were bottled under 31 different brand labels. 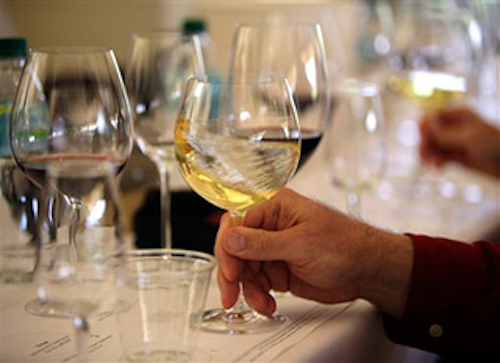 LOS ANGELES (AP) — The 83 bottles of wine cited in a lawsuit last week as having dangerously high levels of arsenic came from 28 California wineries and were bottled under 31 different brand labels ( see list below). Some of the labels included several different types of wine, such as merlot, chardonnay, burgundy, rose, etc.

According to a story from The Associated Press last Friday:

The industry group Wine Institute dismissed the lawsuit as "irresponsible," adding it has not called for any vintner to pull any of the wines named in the complaint from store shelves.

The complaint, which seeks class-action status, was filed Thursday in Los Angeles Superior Court. It lists as defendants 28 California wineries. It also asks for unspecified damages and a halt to production of arsenic-tainted wine.

"We believe this allegation is false and misleading and that all wines being sold in the U.S. marketplace are safe," the institute, which represents more than 1,000 California vintners and related businesses, said in a statement.

Institute spokeswoman Gladys Horiuchi said Friday that although the United States doesn't have specific arsenic levels for wine, many other countries do. She added that California vintages have never come close to exceeding those levels.

According to the lawsuit, tests by three independent laboratories found that in some cases arsenic levels were 500 percent higher than what's considered safe. Horiuchi said those comparisons were based on levels considered safe for drinking water, not wine.

The lawsuit's lead attorney, Brian Kabateck, said the levels were originally found in tests done by the head of the Denver-based lab BeverageGrades.

"He decided to test 1,306 bottles of wine representing more than 75 percent of the wine consumed in the U.S." Kabateck said Friday. "Out of those he found 83 that had excessive arsenic levels."

The attorney added that subsequent cross-testing at two other labs confirmed the findings.

Those labels and the types of wine cited in the complaint: