The rejection means that marijuana-infused cookies, candies and drinks must have a distinct look by 2016 -- and that's for the item itself, not just the packaging. The bill sponsor called the requirement for all foods an example of "micromanagement" because it can't be easily applied to all foods. 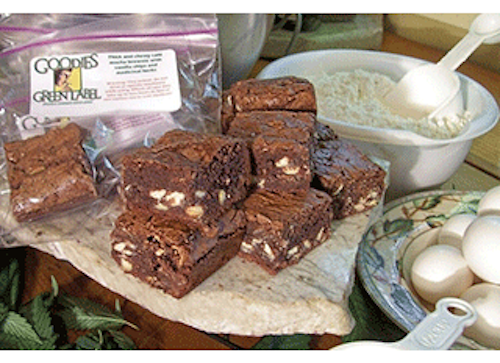 DENVER (AP) — Edible marijuana sold in Colorado must look different from regular foods, lawmakers from both parties said Wednesday in rejecting a bill to loosen requirements.

The 0-5 vote was a dramatic loss for the state's new marijuana industry, where many producers of edible pot complain that a requirement that their products not look like other foods and drinks goes too far.

The rejection means that marijuana-infused cookies, candies and drinks must have a distinct look by 2016 - and that's for the item itself, not just the packaging. The bill sponsor called the requirement for all foods an example of "micromanagement" because it can't be easily applied to all foods.

For instance, it might be easy to require that all brownies with pot in them be shaped like a marijuana leaf - but how do you tell if tomato sauce is infused with the drug?

"How we distinguish liquids versus granolas versus candies versus cookies versus brownies?" asked Sen. Owen Hill, R-Colorado Springs.

Hill's bill would have repealed the requirement — an action that would effectively punt the question back to state regulators, who already told lawmakers earlier this year that they're not sure how to carry out the requirement.

But the suggestion prompted a feisty opposition from health advocates, parents and even a group of kids on spring break. The teens told lawmakers about classmates handing out pot candies at swim meets and math classes, with adults in the room unaware the kids were eating pot.

Even the kids don't always know what they're eating until they feel high, said Alexander Lattin, a 17-year-old junior at Arapahoe High School

A physician who opposed the measure to loosen requirements said the distinct look would help emergency rooms, too, to identify what people ate if they come in with accidental pot exposure.

"The ability to rapidly identify a suspected agent ... with or without the packaging, we believe is critical," said Dr. Kathryn Wells, representing Children's Hospital Colorado.

On the other side, several makers of edible pot brought packaging examples and urged lawmakers to change what is outside the products, not the products themselves.

"As an industry, there's no real way to clearly mark every item that's out there," said Bob Eschino, president of Incredibles, which makes marijuana-infused chocolates and other treats. "That is impracticable."

After the panel rejected the change 0-5, Hill declined to comment on the attempt. Unless lawmakers change course and write a new standard, the state's marijuana regulators will be charged with requiring edibles to be "shaped, stamped, colored or otherwise marked, when practicable, with a standard symbol indicating that it contains marijuana and is not for consumption by children."