Honey: One Food, Many Uses

There's been a lot of buzz lately about the benefits of honey – both raw and filtered. But, what exactly is honey? Where does it come from? Is it just hype or are there legitimate uses for nature's nectar? 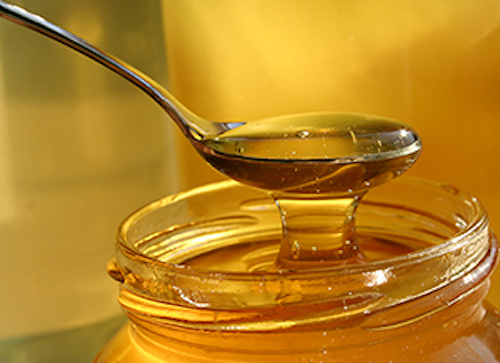 ALTAMONT, Tenn. (PRNewswire) — There's been a lot of buzz lately about the benefits of honey – both raw and filtered. But, what exactly is honey? Where does it come from? Is it just hype or are there legitimate uses for nature's nectar?

Experts can't agree on exactly when honey was first intentionally cultivated by humans. What is known, however, is that the fossils of honeybees date back over 150 million years. Spanish cave paintings from 7000 BC depict the art of beekeeping and the ancient Egyptians left countless hieroglyphics behind indicating that honey was popular among royalty. The bee was often used to symbolize pharaohs and their court. The Greek goddess Artemis was personified as a honey bee.

According to the National Honey Board, honey is the product made by bees from the nectar – not pollen – of flowers and flowering trees. Honeybees reduce the moisture content of the nectar by adding enzymes, thus rendering the sticky, sweet, and fragrant syrup found on store shelves.

Many people believe that the health benefits of honey are at peak when consumed in its natural – or raw – state. Raw honey is simply that which has not been heat-processed or filtered. Processed honey is still 100% pure and natural; the filtration process removes what some consumers believe to be impurities: pollen, minute particles of beeswax, and crystallized sugar.

Store-bought honey is often sourced from large, commercially-operated farms. It is uniform in taste and color and may have added pigments, flavors, or aromas to produce a more marketable product. Locally produced honey tastes different depending on the floral availability surrounding the hive. Common origins of honey include tupelo, poplar, and sourwood trees; sage, clover, and orange blossom; and eucalyptus, buckwheat, and blueberry. Honey produced from the fireweed plant is pale, almost white. It is often referred to as "winter white."

Honey is actually sweeter than refined sugar, making it a healthier alternative to sweeten food and drinks. Additionally, since honey is a humectant, it can be used in place of unrefined (brown) sugar in recipes that rely on moisture content for texture and flavor. Honey has a pH balance of between 3 and 4.5, is highly acidic, and contains hydrogen peroxide; scientists believe that pure honey cannot spoil. Because of this, it is invaluable as an additive to baked goods requiring an extended shelf life.

Honey, like all sugars, is an excellent source of carbohydrates – the body's main source of fuel. Each tablespoon contains 17 g of carbs and gives the body an energy boost that has the added benefit of aiding muscle recovery. Consuming carbohydrates during exercise gives the muscles a continual supply of nourishment and, when ingested with a balanced combination of proteins, helps the body maintain normal blood sugar levels.

Honey is a "bee"utiful addition to anyone's daily hair and skincare regime. It's been used for decades as a marketing tool to sell soaps, shampoos, and cosmetics for its wholesome image. Honey, unlike most additives, actually offers real, tangible benefits. As a humectant, honey attracts water and helps skin and hair retain its natural moisture content. A mixture of honey and granulated sugar makes an excellent exfoliant that safely and effectively removes dead skin from the entire body. It is non-irritating and suitable for use on the face in place of chemically-concocted spa masks.

Honey offers microbial qualities and has been used for centuries as a remedy for a number of health conditions. When applied topically to burns and abrasions, honey reduces healing time and can help prevent scars. A natural cough suppressant, ingesting a tablespoon of honey before bed quiets a congestion-induced cough in children (aged two and up) and adults. A daily dose of honey is believed to aid in weight management and lower cholesterol levels. Honey has been proven to reduce the incidence of mouth sores in individuals undergoing radiation treatment for head and neck cancers. And though expert opinion is varied, local honey is believed by a large section of the population to help prevent seasonal allergies.

A 2004 study in the Annals of Nutrition and Metabolism found that honey may also be effective to improve the selenium concentration in individuals with a deficiency of this important antioxidant enzyme.

Honeybees are a vital addition to the world's ecosystem. Unfortunately, they continue to die off in massive volumes. In 2013, the average beekeeper had lost nearly half of their colony as compared to the previous winter. A phenomenon known as Colony Collapse Disorder (CCD) is the culprit. By 2015, that loss was just around 30%; still, honeybees continue to disappear at an alarming rate. In addition to producing honey for human consumption, honeybees pollinate dozens of food crops, including cherries and almonds. They are, essentially, the farmyard's smallest worker. Scientists have yet to determine a cause of widespread CCD but, considering honeybees are responsible for over $30 billion annually in agricultural revenue worldwide, experts continue to work feverishly to restore the sustainability of the hive.