Report: 84% of Americans Buy 'Free-From' Foods, Believe Them to be More Natural or Less Processed 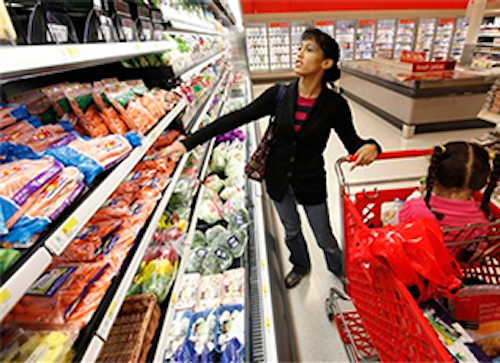 Foods bearing “free-from” claims are increasingly relevant to Americans, as they perceive the products as closely tied to health. New research from Mintel reveals that 84 percent of American free-from consumers buy free-from foods because they are seeking out more natural or less processed foods. In fact, 43 percent of consumers agree that free-from foods are healthier than foods without a free-from claim, while another three in five believe the fewer ingredients a product has, the healthier it is (59 percent).

“Fat-free may seem like a claim whose best days are behind it, but there is strong consumer interest in such free-from foods, especially trans fat-free, no doubt owing to widespread concern about obesity in the US and its related health consequences. Health issues appear to be top of mind among US consumers when seeking products bearing a free-from claim, including those related to heart health and allergies,” said Billy Roberts, Senior Food and Drink Analyst at Mintel. “Mintel data also shows elevated interest in the GMO-free claim, which ranks among the top four most important claims for many consumers and is more important than soy-free and nut/peanut-free foods.”

Overall, Millennials (60 percent) and Gen X (55 percent) are much more likely than Baby Boomers (46 percent) to agree that they worry about potentially harmful ingredients in the food they buy. Despite this, just 37 percent of consumers overall agree that products with free-from claims are worth paying more for.

While one third of Baby Boomers believe allergen-free foods are a fad (33 percent), one in five consumers overall would like a full list of ingredients related to food allergens on product packaging (18 percent). Millennials’ interest in free-from food claims coincides with product launches in recent years, according to Mintel’s Global New Products Database (GNPD). In 2010, 11 percent of food product launches featured a low/no/reduced allergen claim. By 2014, 28 percent of food product launches boasted the claim, the highest of any free-from claim last year.

Personal and environmental health motivate free-from purchases
While 70 percent of Americans buy free-from foods for health and nutritional reasons, personal well being is not the only driving factor. Consumers also believe that free-from foods are closely tied to the health of the planet. Cage-free and free-range claims are important to 43 percent of free-from consumers, with one quarter (23 percent) ranking it as one of their top three most important free-from claims. When comparing consumer views of free-from claims with environmental impact to claims such as trans fat-free (78 percent), environmental claims carry much less weight. However, Mintel research shows that 70 percent of Americans sometimes, often or always consider a company’s ethics when purchasing products. Furthermore, 56 percent have stopped buying a company’s products when they have perceived its actions as unethical.

“Mintel research shows that Americans are interested in companies that look after the health of the consumer, as well as the environment. As a result, consumers are not only interested in trans fat-free and preservative-free food products, but cage-free and free-range products, as well. Consumers are doing their best to make informed choices when it comes to free-from food claims, and they will hold companies accountable,” said Roberts.

Snacks cause controversy for consumers

More than ever before, Americans are incorporating snacking into their routine, along with three meals per day. Mintel research shows that 94 percent of Americans snack daily, with two thirds snacking multiple times per day (65 percent). Despite the propensity to engage in snacking, consumers associate snack products with harmful ingredients such as GMOs and artificial elements. In fact, nearly half of Americans (46 percent) agree that snacks typically include controversial ingredients when compared to other food categories. However, nearly one quarter of snack product launches in 2014 included no additives/preservatives (23 percent), low/no/reduced allergen (25 percent) and/or low/no/reduced trans fat (21 percent) claims, according to Mintel GNPD.

“Snacks are often associated with controversial ingredients such as GMOs and artificial additives, and despite products entering the market with free-from claims, consumers are slow to alter their perceptions,” continued Roberts. “Overall, Mintel data indicates that consumers perceive foods with any free-from claim to be both healthier and less processed. Additionally, consumers appear to be equating genetic modification, artificial and unhealthy as one and the same, and those consumers are likely to turn away from product labels with unfamiliar ingredients or ingredients perceived as chemically complex or unnatural.”