Data on beverage intakes in 187 countries reveal diversity in existing intakes and trends in global consumption of sugar-sweetened beverages, fruit juices and milk. 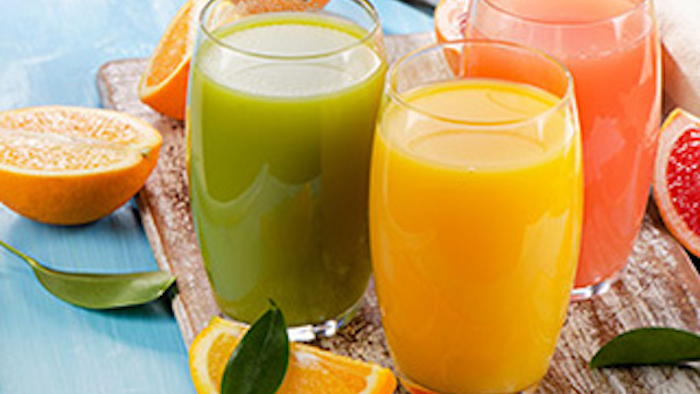 "Our analysis highlights the enormous spectrum of beverage intakes worldwide, by country, age and sex. While we know that different beverages substantially impact health, comprehensive and detailed estimates of intakes of sugar-sweetened beverages, fruit juices and milk at the global, regional and national levels by age and sex had not been available until this study," said Gitanjali Singh, first author and research assistant professor at the Friedman School of Nutrition Science and Policy at Tufts University. "The team's results identify important variation among different international subgroups and can inform efforts to measure the impact of these beverages on global health and aid in developing targeted health-oriented nutrition policies for specific populations."

An international team of scientists — the Global Burden of Diseases Nutrition and Chronic Diseases Expert Group — contributed to this analysis. The team assessed data from 195 dietary surveys, representing over half of the world's population, and also incorporated food availability data in 187 countries between 1990 and 2010. Taking into account differences in these sources of data, statistical analysis determined the average consumption levels of sugar-sweetened beverages, fruit juices and milk in 1990 and 2010 among men and women (age 20 years and older) in seven age groups in 187 countries. Sugar-sweetened beverages were defined as sodas, fruit drinks, sports/energy drinks, sweetened iced teas and homemade sugary beverages such as frescas.

• Major variation by region, with highest sugar-sweetened beverage intake in the Americas, particularly in parts of Latin America and the Caribbean; highest fruit juice intake in Australasia; and highest milk intake in Northern Europe.

In 2010, average global consumption of these beverages was as follows:

• Globally, SSB consumption was highest in men ages 20-39: 1.04 8-oz. servings per day. This varied across regions, and was lowest in East Asia and highest in the Caribbean.

• In comparison, globally, women over age 60 had the lowest consumption: 0.34 servings per day.

• SSB consumption was highest in the Caribbean with adults consuming on average 2 servings per day.

• The lowest consumption occurred in East Asia: 0.20 servings per day.

• Adults in the U.S. had the 26th highest consumption of sugar-sweetened beverages out of 187 countries, averaging 1 serving per day.

• In the U.S., adults consumed about 0.36 servings of fruit juice per day, the 21st highest consumption out of 187 countries.

• Adults in wealthier countries typically drank more milk than those in poorer countries.

• In the U.S., adults consumed on average 0.69 servings per day, the 64th highest consumption out of 187 countries.

Overall, the research demonstrated that average beverage consumption varied significantly by age and region, but there were only minor differences between men and women.

"Geographic location was the most critical factor in the varying consumption levels for these beverages. For example, consumption of sugar-sweetened beverages was very high in the Caribbean and Mexico, where both commercial and homemade sugary drinks are widely consumed," said Dariush Mozaffarian, corresponding author, chair of the Global Burden of Diseases Nutrition and Chronic Diseases Expert Group and dean of the Friedman School. "With this data, we can begin to establish and improve policies that promote the consumption of beverages low in sugar within specific countries, which may be more effective than one-size-fits-all interventions."

Further research efforts, which include data from children, are now underway. Data for the present study was collected as part of the 2010 Global Burden of Diseases, Injuries and Risk Factors study — the largest systematic effort to describe the global distribution and causes of major diseases, injuries and health risk factors.