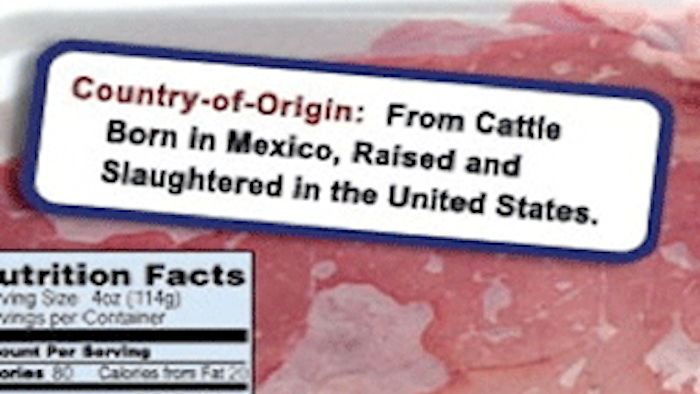 The U.S. Trade Representative argued in a brief to the WTO that damages for U.S. country-of-origin labeling should be capped at $43.2 million for Canada and $47.6 million for Mexico.

The USTR filing said that the calculations by Canada and Mexico "suffer from conceptual flaws and methodological errors that result in grossly inflated estimates."

U.S. lawmakers implemented COOL -- which required labels indicating where beef cattle are born, raised and slaughtered -- in 2002 and 2008 as northern cattle ranchers battled with their Canadian counterparts.

Meatpackers and southern ranchers, by contrast, said that the rules placed additional burdens on their operations, while the meat industry warned of a potential trade war.

In 2012, the WTO rejected the requirements after determining that the law unfairly disadvantaged Canadian and Mexican producers. The agency dismissed a final U.S. appeal in May, and Canada and Mexico called for the law's repeal and sought retaliatory measures.

The House of Representatives voted to repeal the law in June, while the Senate is considering repeal or a voluntary alternative.