City to Eateries: Use Paper Plates in California Drought

A California city has ordered restaurants to cut back on dishwashing by using disposable plates, cutlery and cups as a way to save water during the fourth year of drought in the state. 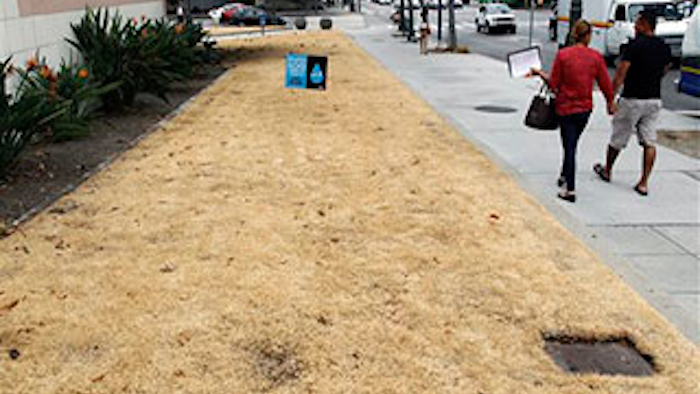 FORT BRAGG, Calif. (AP) — A California city has ordered restaurants to cut back on dishwashing by using disposable plates, cutlery and cups as a way to save water during the fourth year of drought in the state.

Officials in declared a water emergency after a river the provides the coastal town's drinking water got so low that ocean water seeped into city pipes, The San Francisco Chronicle reported Tuesday.

The City Council ordered residents and businesses to cut water use by 30 percent compared to last year's consumption rate.

Residents were barred from washing cars, irrigating lawns and maintaining landscaping with water. Restaurants and hotels are required to use disposable flatware and serve water only upon request.

Some restaurant owners are balking at the restrictions.

"You might be able to cut a filet mignon with a plastic knife, but you are not going to cut a New York," said Jim Hurst, co-owner of a popular restaurant that overlooks the city's Noyo River. "It seems to me there are other ways to save water."

The Noyo River provides 40 percent of the city's water and the flows are so low that salt water from the Pacific Ocean is fouling intake valves, forcing the city to rely on two small springs for its water supply.

Fort Bragg city manager Linda Ruffing said the council may consider loosening the restrictions at its meeting next week.

Ruffing said the city is looking into trucking in water. A new reservoir capable of storing 15 million gallons won't be ready until next year, she said.

"We're real concerned," Ruffing said. "The water has never been so low."