BEIJING (AP) — Liu Jingtang was a Samsung loyalist. The Shanghai technology consultant traded up steadily through its smartphones to the new Note 7. But Liu's devotion was shaken by the Korean tech giant's confusing response to its latest product safety scare. Liu, 32, said Samsung Electronics... 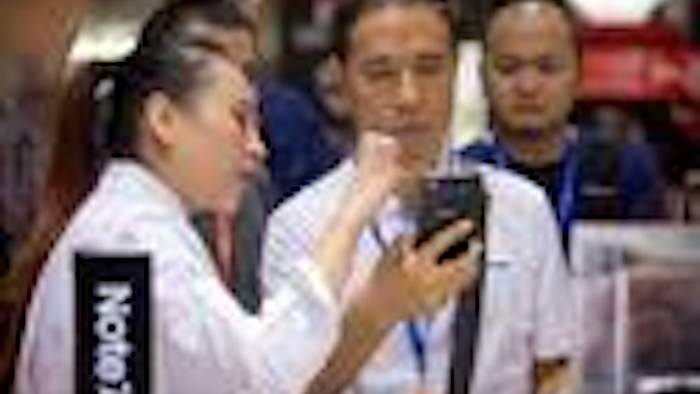 BEIJING (AP) — Liu Jingtang was a Samsung loyalist. The Shanghai technology consultant traded up steadily through its smartphones to the new Note 7. But Liu's devotion was shaken by the Korean tech giant's confusing response to its latest product safety scare.

Liu, 32, said Samsung Electronics quickly confirmed his Note 7 wasn't covered by a recall announced last week. But he said after reports China might have suffered its first explosion of the problem-plagued phone, Samsung's announcement that it saw no problem with the battery with no other explanation left him baffled.

"My loyalty to Samsung is bound to decline by a lot," said Liu. "Samsung was my priority, but not anymore."

China should be a bright spot for Samsung as it wrestles with a global recall of 2.5 million of its new flagship smartphones. The company has not confirmed any in China suffer the same problems that led to fires in the United States. But its brand has been battered by complaints it is doing too little to reassure Chinese owners their handsets are safe.

The potential damage to its image threatens to disrupt Samsung's efforts to use the Note 7 to propel faster growth in a crowded Chinese market where it has slipped to sixth place after being the No. 1 brand as recently as mid-2014.

Chinese consumers are unusually alert to safety issues following an avalanche of scandals over shoddy or fake food, medicines and other goods. They also are sensitive about being treated as well as Western consumers.

"I think consumers are pretty unhappy with Samsung," said Ben Cavender of China Market Research Group. "Consumers start to feel like they are being taken advantage of, that they are not being accorded the same respect here as they are abroad."

Asked what it was doing to reassure Chinese consumers, Samsung said in a statement it is confident about the safety of Note 7s sold by authorized outlets.

IKEA suffered a similar backlash in June after the Swedish furniture recalled dressers in the United States and Canada due to concerns they could tip over and harm children. When the company didn't immediately do the same in China, people posted angry comments online asking whether it valued Chinese lives less. IKEA announced a recall in China in July.

Samsung has blamed the fires on a manufacturing flaw in batteries and said Note 7 units sold in China would not be affected because theirs came from a different supplier.

On Monday, Samsung said its investigation into the first report of a Galaxy Note 7 fire in China found unspecified "external factors" might be to blame. It said it was unable to investigate a second fire report because the consumer refused to hand over the charred phone.

Liu, the technology consultant, said the statement made him question why Note 7 phones sold in China would be different from those sold abroad.

"They hastily put out this statement. Was that really good? I think it was unsatisfactory," said Liu. As for external factors, he said, "does that mean the customer deliberately heated it over a fire? That doesn't make much sense."

Samsung surprised customers by saying no phones in China were covered by its global recall and then recalling 1,858 phones. It said those were distributed for testing before sales to the public began.

"For Samsung to recall only 1,858 units in China while it recalls 1 million in the United States seems insincere," said a comment left on a website of the Communist Party newspaper People's Daily.

"Whether those phones that are not recalled will wind up being a problem or not will be a bomb planted in the hearts of customers," it said.

Samsung is the world's biggest smartphone brand by number of units sold but in China it trails market leader Huawei Technology Ltd. and three other local brands — Vivo, Xiaomi and Oppo. Apple Inc.'s iPhone was in fifth place in the first half of this year.

The Note 7 "was a good opportunity (to expand sales), but they blew it," said Liu.

Working in Samsung's favor is the fact that phones are sold through retailers in China instead of carriers. That allows users to switch brands quickly and new competitors to enter the market.

"In any given month, a brand is going to leapfrog another brand and come up with a brighter screen or bigger battery of faster charging," said Cavender.

On Tuesday, the Note 7 was on sale at electronics retailers and shops run by state-owned phone carrier China Mobile Ltd., though employees said customers were asking about the reports of explosions.

"Sales for Note 7 were slightly affected by the incident but we are still selling them," said a saleswoman who was reached by phone at an outlet of Suning, the country's biggest electronics retailer, in the Wangjing neighborhood on Bejiing's northeast side. "We are making explanations to customers every day, it is up to the customer to believe it or not."

The Note 7 was sold out in black and only available in gold at a China Mobile store in the capital's eastern business district, said a salesman who would give only his surname, Li. He said a customer bought one Tuesday and no one asked about the report of an explosion.

"There are some customers who only favor Samsung and they don't bother asking questions," said Li.

Longer term, the Note 7 in China is likely to "take a major sales hit," said Cavender.

"People who want to buy a phone are going to switch to Apple or to a local brand like Huawei," said Cavender. "Or if they want a Samsung, they probably are going to wait for the next generation, because they don't want to take the risk that they will get a faulty product."