JACKSON, Miss. (AP) — Electric car maker GreenTech Automotive, which once planned to build 250,000 cars a year and invest $2 billion in an impoverished corner of Mississippi's Delta region, has missed a debt payment to the state of Mississippi. Mississippi Development Authority spokesman Jeff... 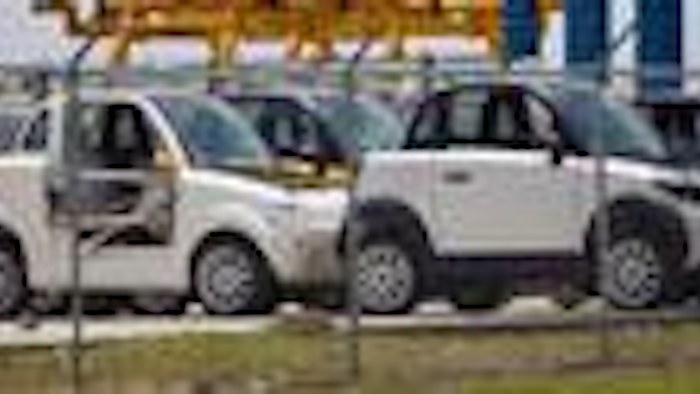 JACKSON, Miss. (AP) — Electric car maker GreenTech Automotive, which once planned to build 250,000 cars a year and invest $2 billion in an impoverished corner of Mississippi's Delta region, has missed a debt payment to the state of Mississippi.

"The Mississippi Development Authority continues to work with GreenTech Automotive as the company secures additional funding," Rent wrote in an email. "This is the best course of action to protect the state's investment and to keep Mississippians working at the plant."

Previously, GreenTech has raised money from Chinese people who can obtain permanent U.S. residency by investing $500,000 and creating 10 jobs. However, GreenTech may have fallen out of favor with green card granting authorities.

The Roanoke Times reported in May that a U.S. Citizenship and Immigration Services document showed GreenTech had only 75 employees last year, has produced only 25 cars and has sold none. The newspaper reported the statements were contained in a decision earlier this year denying a green card to a Chinese investor, rejecting company projections that GreenTech would increase employment to 125 this year and 250 by 2018. The newspaper wrote that Nicholas Colucci, chief of the immigrant investor program, signed a decision stating GreenTech had a "general lack of credibility from the failure to meet any projected timelines."

Besides the $3 million loan, Mississippi also loaned Tunica County $1.9 million to buy the site for GreenTech. The company has also been certified for state tax breaks exempting it from state income and franchise taxes for 10 years, and from sales taxes on equipment.

Mississippi officials said in May they were renegotiating agreements with the company because GreenTech failed in its pledge to hire 350 workers.

Democratic Virginia Gov. Terry McAuliffe's former investment with GreenTech was attacked by Republicans in 2013 as he campaigned for office, and the involvement of Hugh Rodham, the brother of Hillary Clinton, also brought scrutiny.

McAuliffe has said he divested his interest in GreenTech. He resigned as the firm's chairman in December 2012.

McAuliffe acknowledged in May that he's under federal investigation for business dealings before he became governor. His lawyer, James W. Cooper, said Justice Department officials told him they have been looking into McAuliffe's foreign sources of income before he became governor in 2014 and whether he violated the law by lobbying the U.S. government on behalf of foreign interests.

The inspector general of the U.S. Department of Homeland Security found last year that the department's current deputy secretary, Alejandro Mayorkas, violated agency ethics policies but didn't break any laws when he intervened in visa proceedings for GreenTech and two other projects. Mayorkas has denied he influenced any agency decisions for political purposes. The AP reported last year that McAuliffe rebuffed requests by the inspector general for an interview.

Follow Jeff Amy at: http://twitter.com/jeffamy. Read his work at http://bigstory.ap.org/author/jeff-amy