Marchionne: Self-driving cars could be on roads in 5 years

WINDSOR, Ontario (AP) — Fiat Chrysler CEO Sergio Marchionne says working with Google convinced him that self-driving technology is closer than he thought and could be on the road in five years. "I don't find it that unsettling," Marchionne said Friday. "I see this as having tremendous use in real... 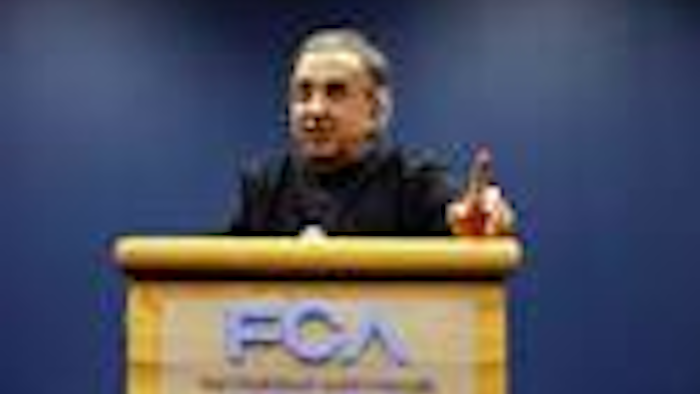 WINDSOR, Ontario (AP) — Fiat Chrysler CEO Sergio Marchionne says working with Google convinced him that self-driving technology is closer than he thought and could be on the road in five years.

"I don't find it that unsettling," Marchionne said Friday. "I see this as having tremendous use in real life."

FCA and Google announced a partnership earlier this week. The companies will work together to add self-driving technology to 100 Chrysler Pacifica minivans for testing purposes.

This is the first time Google has worked directly with an auto company to install self-driving sensors and computers. Marchionne discussed the partnership at the production launch of the Pacifica minivan at FCA's plant in Windsor.

Some automakers have been reluctant to team up with tech companies because they want to own the technology in their cars. But Marchionne says it's too early to say who will lead the transition to a self-driving future, so it's smart for FCA to work with others and learn what it can.

"Making unequivocal bets and precluding development with others is a very dangerous path, at least in our view," he said.

Marchionne said FCA and Google will have to work out specifics — like who owns the data in the cars — down the road.

"We need to get to the stage where the car is viable before we can discuss the spoils," he said.

Marchionne said it was initially unsettling to get into Google's self-driving test cars in California, but as they drove he felt "absolutely safe."

"You could almost feel the reasoning process that the car was going through," he said. "It's like watching a robot execute, and it executes well."

The experience left him feeling that self-driving cars have great potential, he said, as long as regulators establish rules for their use.