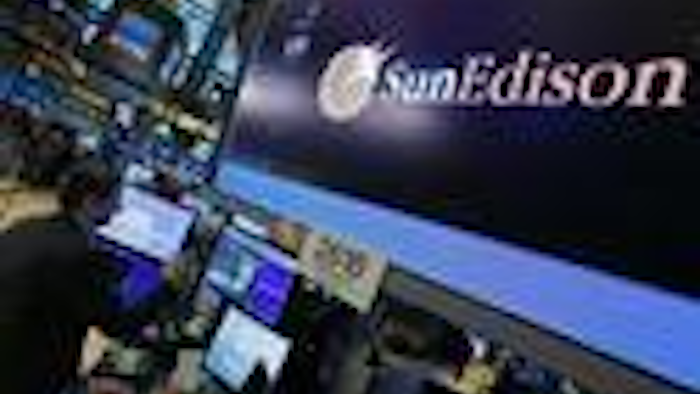 Just last week an audit committee reviewing operations at company, based in Maryland Heights, Missouri, just outside of St. Louis, found an "overly optimistic culture and its tone at the top." The committee also said that at SunEdison, "cash forecasting efforts lack sufficient controls and processes."

"Our decision to initiate a court-supervised restructuring was a difficult but important step to address our immediate liquidity issues," said CEO Ahmad Chatila, in a company release.

SunEdison, which had grown to an almost $10 billion solar energy behemoth by July, had burnished that progression through a series of sizeable acquisitions.

After acquiring one company in 2013, the following year it acquired all or portions of nine, then followed in 2015 with another 18 acquisitions or sales.

In July, when the breadth of the company had reached its greatest mass, Vivint Solar backed out of its $1.7 billion sale to SunEdison, saying that it failed to fulfill terms of the deal.

Last month, SunEdison warned investors that the Justice Department had opened an investigation into its activities and that it had also received an inquiry from the Securities and Exchange Commission. By that time, nearly $10 billion in investor holdings had essentially vanished.

Part of the U.S. investigation involves the company's yeildcos Terraform Power Inc. and Terraform Global Inc., which are used by SunEdison to manage projects under contract. Neither of those publicly traded companies are part of SunEdison's bankruptcy filing.

The company filed for Chapter 11 protection in the Bankruptcy Court for the Southern District of New York. The company secured commitments for new capital totaling up to $300 million in debtor-in-possession financing to continue business operations.