Obama to Order Gov't to Cut Its Greenhouse Gas Emissions

Obama will sign an executive order targeting greenhouse gases at the White House. 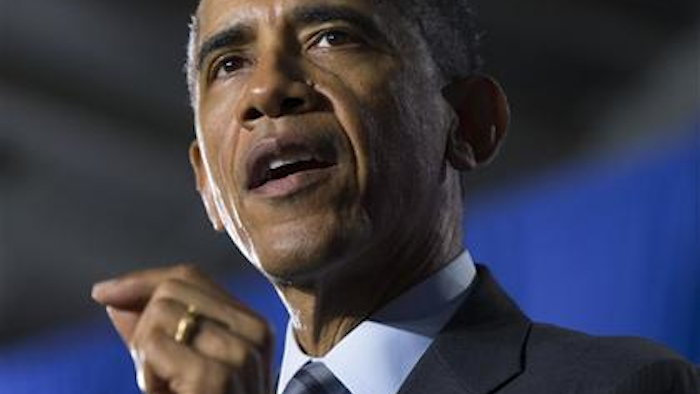 Obama will sign an executive order targeting greenhouse gases at the White House on Thursday. The White House says a number of major companies that sell to the federal government will also announce commitments to cut their emissions.

The Obama administration has been working to show it is taking action at home in hopes of spurring other countries to do the same. The U.S. and other nations will soon unveil their national contributions to a global climate treaty to be finalized in Paris in December.

To highlight the initiative, Obama will tour solar panels on the roof of the Energy Department's headquarters and discuss the targets with major federal suppliers.