The Obama administration's far-reaching plan to address climate change would cause job losses and lead to higher electricity prices and even power outages, attorneys general from two energy-producing states said. 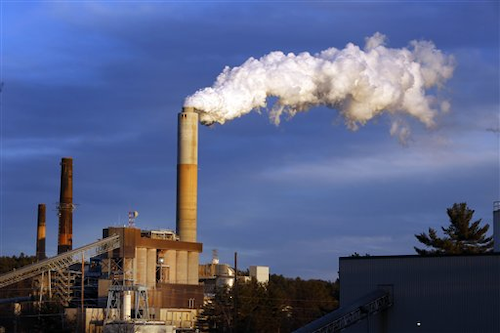 WASHINGTON (AP) — The Obama administration's far-reaching plan to address climate change would cause job losses and lead to higher electricity prices and even power outages, attorneys general from two

West Virginia Attorney General Patrick Morrisey and Oklahoma Attorney General Scott Pruitt, both Republicans, told a Senate panel that the administration's plan to cut heat-trapping pollutants from coal-fired power plants would cause existing plants to retire early and prevent new ones from being completed.

"Make no mistake about it: finalizing this proposal would have a devastating impact on my state, other coal-producing states and citizens from across the country who will feel the impact of high electricity prices and reduced reliability of the power grid," Morrisey told a clean air subcommittee of the Senate Environment Committee.

Pruitt called the plan an attempt by President Barack Obama and the Environmental Protection Agency to "expand federal bureaucrats' authority" over the way states produce energy. EPA is attempting to "force states into shuttering coal-fired power plants" in an effort to drive the nation away from fossil fuels and other traditional sources of energy, Pruitt said.

Oklahoma and West Virginia are among 15 coal-reliant states that are suing the EPA to block the so-called "Clean Power Plan," which would require states to cut carbon dioxide emissions by 30 percent by 2030.

The EPA rule is a centerpiece of Obama's efforts to reduce the pollution linked to global warming. Power plants are the largest source of greenhouse gases in the U.S., accounting for about a third of the annual emissions that make the U.S. the second-largest contributor to global warming on the planet.

The climate plan marks one of Obama's most significant actions during his final years in office. Stymied by Congress on nearly every front, Obama has turned to actions he can take on his own, but has found limited means to effect the type of sweeping change he envisioned in his two campaigns.

EPA Administrator Gina McCarthy and other administration officials say the power-plant plan gives states flexibility to meet broad goals set by the government. "Each state is different, so each goal and each path can be different," McCarthy said when the plan was proposed last year.

But Sen. Shelley Moore Capito, R-W.Va., said EPA is "dictating to states" and "micromanaging" their energy-policy decisions. "At risk is the ability that states have always had to make decisions about their electricity generation," she said.

Capito, who chaired Tuesday's subcommittee meeting, said West Virginia has "chosen to rely on coal to provide affordable and reliable electricity" and has one of the lowest electricity rates in the nation.

"Other states make different choices that best serve their citizens. But under the Clean Power Plan, each state's electricity plan would have to meet EPA's criteria for reducing carbon dioxide emissions and be approved by EPA," she said.

With the economy still in recovery, "the last thing job creators need is another expensive regulation likely to drive up energy prices," Capito said. "And the last thing our families and senior citizens need is to see their electric bills continue to go up."

Capito said she will introduce a bill next week to block the EPA plan, one of several proposals in Congress to delay or defeat the plan, which also is under attack in many states.

Oklahoma's Republican Gov. Mary Fallin issued an executive order last week prohibiting the state from developing a plan to implement the EPA rule. Fallin said the federal government is overreaching its authority and that compliance would be costly.

A study from Harvard and Syracuse universities released this week said reducing carbon dioxide from the nation's power plants will save about 3,500 lives a year by cutting back on other types of pollution as well. Much of the benefit would occur in four states that are severely polluted by coal-fired power plants, the study says: Pennsylvania, Ohio, Texas and Illinois. The new regulation would reduce hospitalizations by 1,000 a year and heart attacks by 220 a year, the study says.