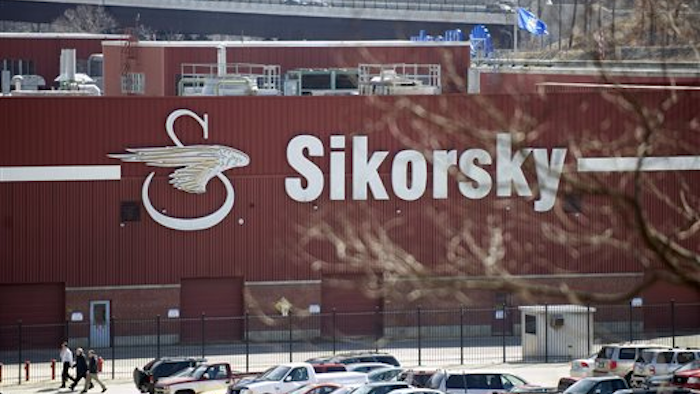 The reduction in production-related jobs affects facilities in Connecticut, Pennsylvania and Poland. Sikorsky will consolidate production volumes and exit a facility in nearby Bridgeport.

The job cuts would amount to about 9.2 percent of Sikorsky's workforce of about 15,200 people.

Spokesman Paul Jackson said the cuts are not related to a review by United Technologies of whether to sell, spin off or divest Sikorsky. A decision is expected to be announced in about a month.