A federal agency says a Colorado oilman, known for filing scores of lawsuits against energy companies claiming they underreported natural gas production, hasn't responded to a civil penalty from a federal agency alleging that he failed to report production on his own leases. 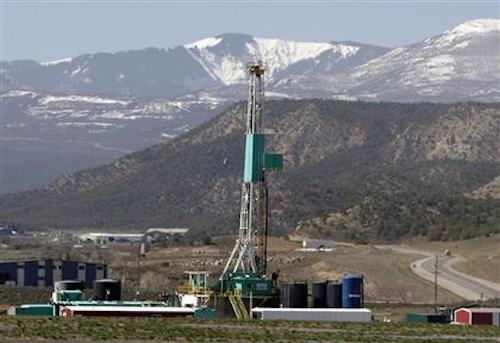 CHEYENNE, Wyo. (AP) — A federal agency says a Colorado oilman, known for filing scores of lawsuits against energy companies claiming they underreported natural gas production, hasn't responded to a civil penalty from a federal agency alleging that he failed to report production on his own leases.

The Office of Natural Resources Revenue announced in November it had assessed a civil penalty of over $46,000 against Jack J. Grynberg. It alleged he failed to report production on federal leases in Wyoming, Colorado and New Mexico.

Agency spokesman Patrick Etchart said recently that Grynberg didn't respond to the penalty or ask for a hearing. He said the Treasury Department will pursue collection of the debt.

Gene Webb, a spokesman for Grynberg, however, said Grynberg has asked federal officials for a penalty hearing.

"They did receive all the reports, some were late and some weren't," Webb said. "There is a dispute and we've contested a lot of the fines, because some of them — the wells are old, they've never produced for a long time, and some are even plugged. So there's a little misunderstanding on both parties' part."

Grynberg received national attention when he filed dozens of lawsuits against natural gas and pipeline companies around the West, claiming they had underreported their production on federal lands. In bringing the lawsuits, he had sought payment as a whistleblower under the federal False Claims Act.

Downes concluded that most of Grynberg's knowledge of the companies' gas-measurement techniques was secondhand or speculative. Federal law requires that to collect a bounty, a person must show the government new information about the fraud they allege.

"Grynberg deliberately chose to make sweeping allegations of fraud against nearly the entire industry, based in large part on rank speculation," Downes wrote. He made Grynberg responsible for legal fees and costs incurred by the companies Grynberg sued.

Dozens of companies are pressing those claims against Grynberg. U.S. District Judge Alan B. Johnson of Cheyenne presides over the litigation.

Also, the Office of Natural Resources Revenue issued a civil penalty of over $11,500 against Grynberg Petroleum Company in March, alleging failure to report production on federal leases in Wyoming and New Mexico.

Etchart said the company submitted production reports associated with the March penalty and has requested a hearing.