At the top of their regulatory hit list is a proposed rule on cutting carbon dioxide emissions from coal plants. 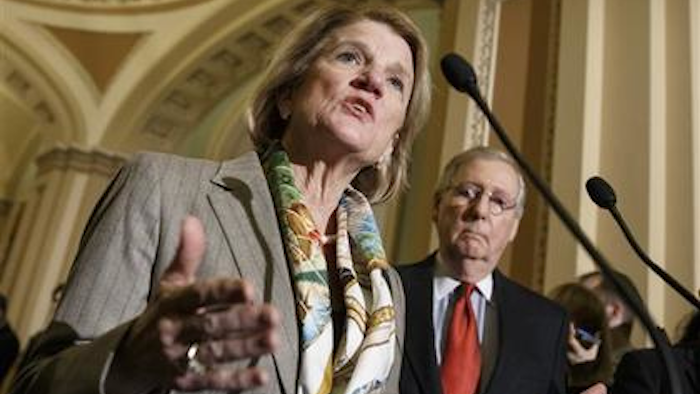 WASHINGTON (AP) — House Republicans proposed a spending bill Tuesday that cuts the budget at the Environmental Protection Agency by 9 percent and tries to prevent the Obama administration from enacting several regulations.

At the top of their regulatory hit list is a proposed rule on cutting carbon dioxide emissions from coal plants.

The bill made public Tuesday by the House Appropriations Committee would reduce the EPA workforce to 15,000 people, the same level as in 1989. The agency had more than 17,300 employees five years ago and has gradually lost employees since.

The bill covers the Interior Department, the Smithsonian and other agencies, and it calls for spending $30.2 billion. That's $246 million below last year's levels and $3 billion below President Barack Obama's request.

Another key regulation Republicans seek to squelch involves the EPA's efforts to better protect small streams and tributaries. The GOP has heard from constituents and industry groups that the additional regulation would make it harder for businesses and farmers to operate.

In explaining the proposed spending cuts for EPA, a press release from the committee said "These reductions will help the agency streamline operations, and focus its activities on core duties, rather than unnecessary regulatory expansion."

Stymied by Congress on nearly every front, Obama has turned to actions he can take on his own, often through the rulemaking process. But the GOP is intent on opposing many of those efforts, too. Lawmakers do so through spending bills that explicitly forbid an agency from spending money for specific tasks, such as drafting or enacting new regulations.

The environmental advocacy group Friends of the Earth described the House bill as "draconian."

"Using funding levels as their weapon of choice, the House Republican Leadership is launching a frontal assault against our bedrock environmental protections," said Lukas Ross, a climate policy analyst for the group.

A House subcommittee is expected to vote on the bill Wednesday. Rep. Ken Calvert, R-Calif., and the subcommittee chairman, lauded the bill as making difficult decisions under a tight budget. "In addition, the bill takes meaningful steps to shield our economy and defend American jobs from the executive overreach ofEPA regulators," Calvert said.

In other areas of the bill, GOP lawmakers seek to continue a one-year delay on any further rulemaking through the Endangered Species Act that could lead to greater protections for the greater sage-grouse. The oil and gas industry has said that potential restrictions designed to protect the bird could lead to thousands of lost jobs. The bill also blocks an administration proposal to increase grazing fees on federal land.

While much of the bill's focus is on blocking new regulations, one section mandates that the Department of Interior re-issue rules that lifted federal protections for gray wolves in Michigan, Wisconsin, Minnesota and Wyoming.

Federal judges overturned the Interior Department's efforts to delist the gray wolf in two separate cases. But the GOP's bill would require the Interior secretary to repeat the process.

The committee would also provide no funding for the Eisenhower Memorial Commission in Washington, D.C. and requires that all construction funds be appropriated before construction begins. In recent years, the effort to build the memorial has stalled amid objections to the design from Eisenhower's family.