Coal companies and their supporters scored a courtroom victory with a U.S. Supreme Court decision that said the Obama administration failed to take potential costs into account when it decided to regulate toxic emissions from many power plants. 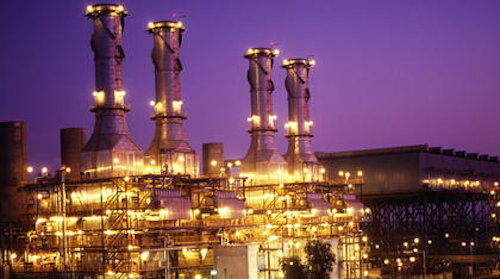 BILLINGS, Mont. (AP) — Coal companies and their supporters scored a courtroom victory with a U.S. Supreme Court decision that said the Obama administration failed to take potential costs into account when it decided to regulate toxic emissions from many power plants.

But officials from New England states downwind of coal plants expressed disappointment, and the industry's legal triumph comes with a major asterisk: The disputed regulation will remain in force while a lower court reconsiders the issue, according to federal officials and outside observers.

That means plants across the U.S. that burn coal and oil to produce electricity remain obligated under an April, 2016 deadline to cut emissions of mercury and other toxic pollutants.

WHAT DID THE JUSTICES SAY?

The Supreme Court decision applies to a U.S. Environmental Protection Agency's rule known as the Mercury and Air Toxics Standards. The EPA has said compliance with the 2012 "MATS" rule could cost up to $9.6 billion annually.

In a 5-4 ruling, the majority of justices said Monday the cost analysis should have been done earlier, when the EPA decided to pursue pollution restrictions more than a decade before they were adopted.

Justices sent the matter back to the U.S. Circuit Court of Appeals in Washington, D.C. for further consideration.

Most plant operators already have started or completed work needed to comply with the rule. It will remain in place pending further proceedings, EPA spokeswoman Melissa Harrison said in a statement.

Companies with coal-fueled plants in Montana, Pennsylvania, Ohio, Maryland, Connecticut, Arizona, New Jersey, South Carolina and elsewhere planned to continue work to meet the EPA rule while the case is pending or already were in compliance.

HOW MANY POWER PLANTS ARE INVOLVED?

The rule covered an estimated 600 power plants, including 460 that burn coal, according to federal and state officials.

Some coal plants already have been shut down by companies citing the mercury rule. Still unknown is whether any plant closures would be reversed or new pollution controls removed if the industry's argument continues to prevail.

In Wyoming, the nation's leading coal-producing state, Gov. Matt Mead said he hoped the EPA would give more consideration to the rule's potential economic harm.

"Companies and thus customers have already paid in part the price of this," the Republican governor said. "We're hopeful that in the future, that EPA will take a closer look on what the states have asked for."

More than 60 percent of coal plants already were in compliance with the EPA regulation after meeting an initial April, 2015 deadline, according to William Becker, director of the National Association of Clean Air Agencies. About 170 plants requested a one-year extension of the deadline.

WHAT DOES BURNING COAL HAVE TO DO WITH MERCURY?

Exposure to mercury can hobble the development of the nervous system, impairing thinking skills. "Mercury is one of the most potent neuro-toxins there is," said Ken Kimmell, president of the Union of Concerned Scientists. "Putting controls on (coal plants) to lower those emissions is critical."

Yet because the fuel is burned in such large volumes — roughly a billion tons a year in the U.S. alone — power plants are responsible for 50 percent of the mercury emitted. That makes burning coal the single largest human-made source of contamination, according to the EPA and United Nations.

Mercury emissions from power plants can affect humans when pollution from the air reaches water and contaminates fish. Eating contaminated fish is the primary source of human exposure, according to health officials. Those most at risk include women of child-bearing age, unborn babies and children whose nervous systems are still developing.

The EPA rule was supported by officials in New England states downwind of many coal plants. They argued that the rule's benefits far outweigh the costs. That includes $37 billion to $90 billion annually in savings from reduced sickness, death and lost work time caused by exposure to mercury and other toxins.

DOES THE COURT'S DECISION IMPACT OTHER POLLUTION RULES?

Coal industry supporters were quick to draw connections between Monday's ruling on mercury and an upcoming EPA rule to reduce emissions of carbon dioxide and other greenhouse gases.

While justices did not directly address that issue, the industry's Electric Reliability Coordinating Council said their decision offered a warning that EPA must give ample consideration to costs before finalizes its carbon restrictions.