Canada's provincial Northwest Territories government has been talking to pipeline companies about shipping crude oil through the Arctic, according to the territory's minister in charge of resource development. 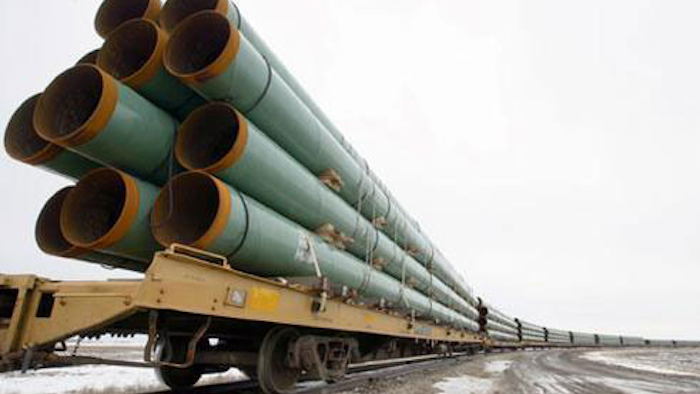 ALGARY, Alberta (AP) — Canada's provincial Northwest Territories government has been talking to pipeline companies about shipping crude oil through the Arctic, according to the territory's minister in charge of resource development.

David Ramsay, the territory's minister of industry, and N.W.T. Premier Bob McLeod, have been touting the concept of an "Arctic Gateway" pipeline, which could see Alberta crude moved north for shipment from a port on the Beaufort Sea coast.

Ramsay said earlier this week that it's one alternative to shipping Alberta crude to the west, east and south amid opposition and regulatory delays for two other pipelines.

TransCanada's Keystone XL oil pipeline, which is designed to go from Canada through Montana and South Dakota to Nebraska, has been mired in the U.S. regulatory process for nearly seven years. The Energy East pipeline to Atlantic Canada has been delayed two years. Enbridge has a federal permit to start building its Northern Gateway pipeline through British Columbia, but hasn't decided to build it.

Delays in approving the Keystone XL oil pipeline have caused friction between the U.S. and Canada, the latter of which needs infrastructure in place to export its growing oil production. Canada relies on the U.S. for 97 percent of its energy exports.

"We'll see where it all goes, but right now you don't see too much happening in the way of Keystone or Energy East or Northern Gateway," said Ramsay. "The North may, in fact, at some point be a viable option."

Ramsay declined to say which companies the Northwest Territories government met with in Calgary, Alberta and Houston, Texas recently.