Halliburton's second-quarter profit dropped as it dealt with some charges tied to the oil market slowdown. But the company's adjusted results easily topped analysts' estimates. 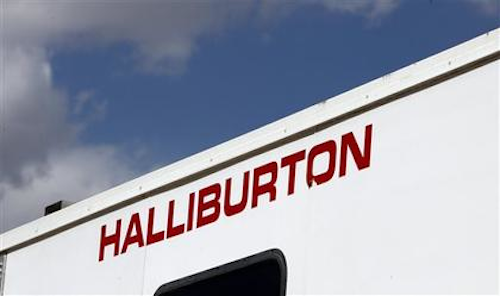 Its stock climbed more than 3 percent in Monday premarket trading.

Halliburton said that the current quarter included charges of 30 cents per share tied primarily to severance costs and asset write-offs that were mostly the result of the recent downturn in the energy market.

Earnings, adjusted for those costs and costs related to mergers and acquisitions, came to 44 cents per share.

The results exceeded Wall Street expectations. The average estimate of 17 analysts surveyed by Zacks Investment Research was for adjusted earnings of 29 cents per share.

In April Halliburton announced that it had cut 9,000 jobs — more than 10 percent of its workforce — in about six months and was considering more cost-cutting moves because falling oil prices were sapping demand for its drilling help.