Utah state officials have given the go-ahead for a tar sands mine under construction the eastern flank of the state, but they will require the company to do water and air quality monitoring in a move environmentalists are calling a victory. 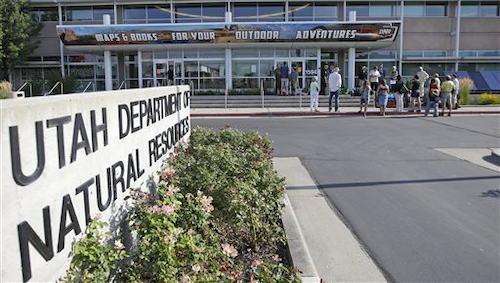 SALT LAKE CITY (AP) — Utah state officials have given the go-ahead for a tar sands mine under construction the eastern flank of the state, but they will require the company to do water and air quality monitoring in a move environmentalists are calling a victory.

Utah Division of Oil, Gas and Mining director John Baza said Monday that his decision addresses concerns raised by opposition while acknowledging that U.S. Oil Sands Inc., the Canadian company building the mine, has complied with regulations.

Baza's ruling, announced late Friday, comes nearly three weeks after he hosted a public hearing to listen to concerns from opponents and give the company a chance to explain a project under construction on a ridge top in the Book Cliffs area on the border of Uintah County more than 200 miles southeast of Salt Lake City.

U.S. Oil Sands must now submit a plan for the monitoring by Nov. 1, Baza said. As long as the company does that, Baza said it will be cleared to move forward with plans to begin extracting oil sands later this year from a sparsely populated area that is home to many types of wildlife such as deer, beavers and bears.

The company already had permission to begin mining under a previously approved plan, but it resubmitted a new proposal for an expanded operation. The company has invested nearly $100 million over a decade to get permits, buy equipment and develop a new technology.

The company says its process is starkly different than the one used by the numerous operations in Canada, relying on a citrus solvent and plan that is more environmentally friendly and leaves the earth less disturbed.

U.S. Oil Sands officials weren't immediately available for comment Monday. They said at the hearing that there no measurable quantities of water in the area. Barclay Cuthbert, the company's vice president of operations, said at that meeting that the company has gone beyond what is required to show the mine will have a minimal effect on the environment.

Rob Dubuc, an attorney representing the Living Rivers environmental protection organization that has protested the project, called it a pleasant surprise that Baza heeded their warnings about water issues. The area is not only home to wildlife, it is used by hunters and outdoor recreationalists and is home to a few ranching families.

"This is a big deal and it's a step in the right direction," Dubuc said. "To expect DOGM (Division of Oil, Gas and Mining) to deny the permit is not realistic in this political environment. But at least they are doing the right thing by requiring the monitoring."

Dubuc said measuring effects on water and air quality could help prove whether the company or environmentalists are correct about possible contamination.