Monsanto Donates $4M to Effort to Save Monarch Butterflies

Agribusiness Monsanto Co., whose popular weed killer Roundup has been partly blamed by critics for knocking out monarch butterflies' habitat, said Tuesday it is committing $4 million to efforts to stem the worrisome decline of the black-and-orange insects. 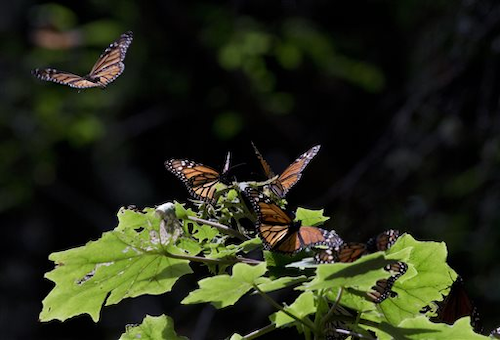 ST. LOUIS (AP) — Agribusiness Monsanto Co., whose popular weed killer Roundup has been partly blamed by critics for knocking out monarch butterflies' habitat, said Tuesday it is committing $4 million to efforts to stem the worrisome decline of the black-and-orange insects.

The St. Louis-based company said that of $3.6 million it is donating to the National Fish and Wildlife Foundation's Monarch Butterfly Conservation Fund, one-third of that money matches what the U.S. Fish and Wildlife Service is contributing. The remaining funds will be set aside to mirror what other federal agencies plan to offer over the next three years.

Monsanto also intends to contribute $400,000 to experts and groups working on behalf of the butterfly, which is being considered for federal protection because its numbers have plunged by more than 90 percent in the past two decades.

The decline of the monarchs, which are found throughout the continental U.S., worries environmentalists and scientists. Much of the decline is blamed on destruction of habitat that includes milkweed, on which monarchs lay their eggs and provides the sole source of food for caterpillars that later develop into the distinctive butterflies.

Some monarch populations migrate thousands of miles from breeding and wintering grounds in California and Mexico. But along the route, there is less of the milkweed — widely attributed to increasing acreage for corn and soybeans, logging, construction and a drought that peaked in 2012.

Environmentalists say the butterfly's decline has coincided with the rise of Monsanto's weed killer Roundup, and an increase of acreage planted in its herbicide-resistant Roundup Ready crops.

In announcing Tuesday that Monsanto is opening its checkbook, a top company official said "it is clear that sufficient progress cannot be made without action."

"Monsanto is committed to preserving and protecting the biodiversity of our planet," Monsanto President and Chief Operating Officer Brett Begemann said. "While weed management has been a factor in the decline of milkweed habitat, the agricultural sector can absolutely be part of the solution in restoring it."