House Speaker Paul Ryan called removal of the export ban the most important change in U.S. oil policy in more than a generation. "This is a big win for America's energy workers, manufacturers, consumers and our allies," he said. 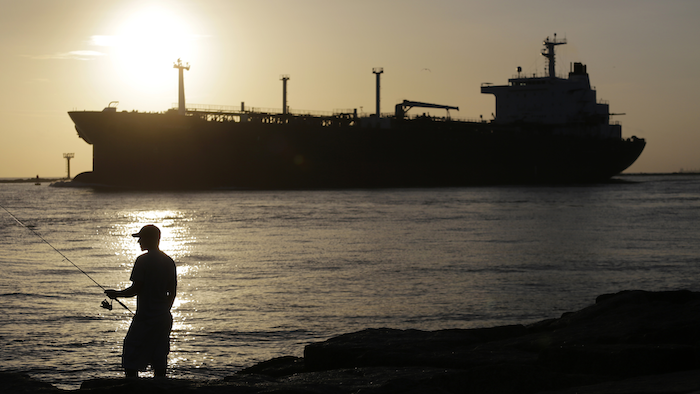 (AP) — Republicans are hailing the likely demise of a 40-year-old ban on crude oil exports, as well as spending limits imposed on the Environmental Protection Agency, a longtime GOP target. Democrats are cheering five-year extensions of tax credits for wind and solar energy producers and renewal of a land and water conservation fund that protects parks, public lands, historic sites and battlefields.

Energy and environment provisions in the massive year-end spending and tax bills give both parties reasons to celebrate.

Thanks to the threat of President Barack Obama's veto, Democrats blocked GOP proposals to thwart administration regulations on clean air and water as congressional leaders and the White House hammered out the massive budget deal. Lawmakers expect to vote on the $1.1 trillion spending bill and $680 billion in tax cuts for businesses and individuals by week's end.

Western lawmakers from both parties are highlighting a plan to spend $2.1 billion to fight increasingly serious wildfires that have afflicted the drought-plagued region in recent years. The figure is $500 million above a 10-year average for snuffing out wildfires.

House Speaker Paul Ryan, R-Wis., called removal of the export ban the most important change in U.S. oil policy in more than a generation. "This is a big win for America's energy workers, manufacturers, consumers and our allies," he said.

Lifting the ban should create about one million jobs in nearly all 50 states within a matter of years, Ryan said, and it could add $170 billion a year to the nation's gross domestic product. While many Democrats found lifting the export ban a bitter pill, Ryan could not resist a little gloating.

"It was just 70 days ago that the White House threatened to veto legislation lifting this ban," he said. "Soon, it will be a reality, and another step toward building a confident America where we maximize - not squander - our energy renaissance." House Minority Leader Nancy Pelosi, D-Calif., was downright discouraged.

"At a time when the whole world gathered in Paris" for a global agreement to reduce greenhouse gas emissions and lessen dependence on fossil fuels, "we're shipping crude oil overseas, increasing our dependence on foreign oil," she said. Pelosi also lamented predicted job losses at U.S. refineries that will have less crude oil to refine as oil companies ship their products directly overseas.

Oil producers including ConocoPhillips and Hess Corp. have lobbied Congress to lift the ban, established during the Arab oil embargo in the 1970s, as the industry slashes more than 100,000 jobs to cope with a global crude glut and the lowest prices in seven years.

Sen. John Hoeven, R-S.D., said allowing exports will help U.S. oil companies compete in a global market. "When we are restricted from exporting (oil) in essence our competitors — like OPEC, Venezuela and Russia — have an advantage on us," Hoeven said.

A five-year extension of the solar-tax credit will lead to more than $125 billion in new private sector investment and add as many as 140,000 jobs, said Rhone Resch, president and CEO of the Solar Energy Industries Association.

Environmental groups hailed a three-year renewal of the Land and Water Conservation Fund — which expired in September — and said they were pleasantly surprised that the bill would receive $450 million in 2016 — a 50 percent increase over 2015 spending. "Christmas came early for sportsmen," said Land Tawney, president of Backcountry Hunters & Anglers, a Montana-based advocacy group.

Strong bipartisan support for the conservation fund overcame efforts by some GOP lawmakers, led by Utah Rep. Rob Bishop, chairman of the House Natural Resources Committee, to dismantle the program, Tawney and other advocates said. Bishop said the Obama administration has mismanaged the conservation fund, operating with "little transparency, scant oversight and minimal local input while continuing to vastly expand the federal estate."

"It seems like we didn't have a wildfire season — we had a wildfire year," said Sen. Lisa Murkowski, R-Alaska, chairwoman of the Senate Energy and Natural Resources Committee.