LIMA, Peru (AP) — Donald Trump will be on the minds of world leaders as they gather for an Asia-Pacific trade summit. The president-elect has made it clear that he is hostile to the kind of free trade deals that tend to be the focus of the annual Asia Pacific Economic Cooperation forum, taking... 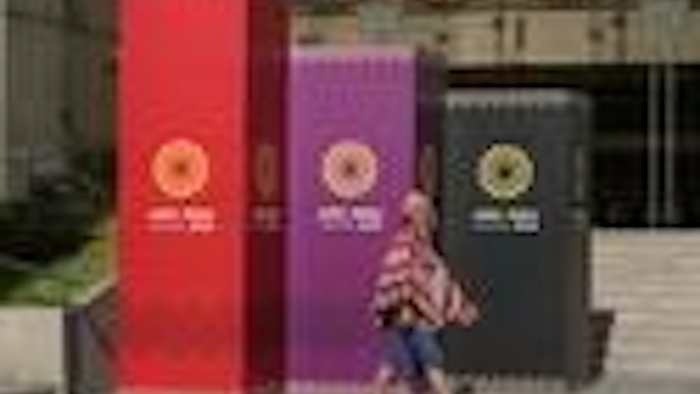 LIMA, Peru (AP) — Donald Trump will be on the minds of world leaders as they gather for an Asia-Pacific trade summit.

The president-elect has made it clear that he is hostile to the kind of free trade deals that tend to be the focus of the annual Asia Pacific Economic Cooperation forum, taking place this year in Peru's capital. He's also singled out group members China and Mexico in a populist campaign standing up for displaced American workers.

That has likely changed the tone and the agenda of a meeting that was expected to be part of a valedictory tour for U.S. President Barack Obama. It will be his last international summit before he leaves office Jan. 20 and those in attendance are to include Chinese President Xi Jinping, Russian President Vladimir Putin and Japanese Prime Minister Shinzo Abe.

Instead of promoting a now all-but dead trade deal known as the Trans-Pacific Partnership, economic experts expect Obama will field uncomfortable questions about Trump's pledges to overhaul U.S. trade policy, crack down on illegal immigration from Mexico and withdraw from a global agreement to fight climate change.

"World leaders like everyone else are hoping he will be more moderate in office than he was on the campaign trail," Fred Bergsten, a senior fellow the Peterson Institute for International Economics in Washington. "But they are going to be worried."

APEC's 21 member-nations comprise more than a third of the world's population and half of global trade. It was established three decades ago to accelerate economic growth by removing trade barriers and helping integrate global supply chains.

The group's annual summits also deal with current international challenges such as security following the terrorist attacks on Sept. 11, 2001, or in Paris last year or the global economic crisis of 2008. This year, the big issue is Trump.

"As you can imagine, the issue of the day will consume a lot of the energy," said Scott Miller, a senior adviser to the Center for Strategic and International Studies who previously advised the U.S. on APEC matters.

Manufacturing has been declining in the U.S. since the 1950s and today represents less than 10 percent of employment. Despite Trump's promises to revive industry, those jobs are unlikely to return in large enough numbers, said APEC executive director Alan Bollard. At the same time, developing nations — the biggest beneficiaries of globalization — are more upbeat about free trade.

"The pessimism about trade does seem to be more of a developed, affluent country phenomenon," Bollard said in an interview.

Bollard, a former central banker in New Zealand, said world leaders haven't done a good enough job selling the benefits of globalization and cited studies that credit trade for helping lift half a billion people out of poverty in the APEC region.

He said there has also been an overriding focus on manufacturing, what Bollard called the "old wave" of globalization, instead of helping companies in the services industry navigate complex, cross-border regulations.

"With the advantages of electronic commerce, it's possible for small, remote businesses to be world traders in a way they never could before," he said.

While Trump has threatened a trade war with China, vowing higher tariffs and declaring it a currency manipulator, the Asian giant has emerged as an unlikely champion of borderless buying and selling. The leaders gathering in Peru will be presented with a joint U.S.-China study ordered up in 2014 about the feasibility of a vast free trade area including all APEC members.

Beijing is also promoting a regional trade partnership grouping it with 10 southeast Asian economies as well as Japan, India, South Korea, Australia and New Zealand. That proposed pact has become more relevant with Trump's victory all but killing the 12-nation Trans-Pacific Partnership, which excludes China and was widely seen as an attempt by the Obama administration to keep Asian trading partners in the U.S. orbit.

When it comes to U.S. trade, said Miller, Trump's actions as president seem unlikely to be as dramatic as he sounded on the campaign trail. He said 48 of the 50 states have either Canada or Mexico as their leading trade partner, which means disruptions to business from tearing up NAFTA could be politically as well as economically devastating.

"He's a skeptic of trade agreements, and he's held that position for a long time as a private citizen," Miller said of Trump. "What he has not been in a position to do is consider and then represent the broader interests of the American people. That's usually how presidents become free traders."

AP Writers Joe McDonald in Beijing and Franklin Briceno and Nestor Ikeda in Lima contributed to this report.