BEIRUT (AP) — Russian missiles pounded opposition targets in Syria on Tuesday, the start of a much-anticipated offensive, while activists reported the resumption of bombing in rebel-held neighborhoods of Aleppo for the first time in nearly a month, apparently by Syrian government warplanes. The... 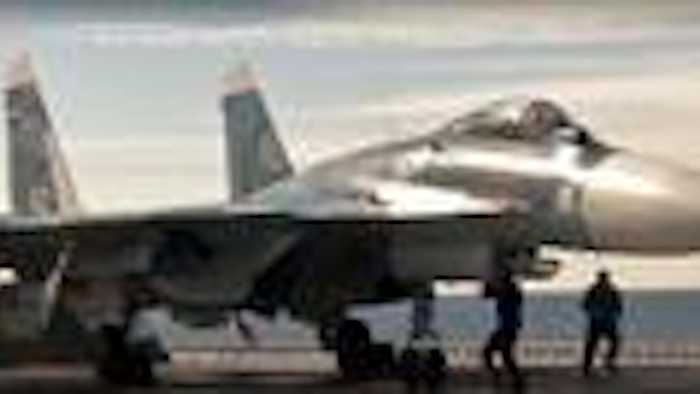 BEIRUT (AP) — Russian missiles pounded opposition targets in Syria on Tuesday, the start of a much-anticipated offensive, while activists reported the resumption of bombing in rebel-held neighborhoods of Aleppo for the first time in nearly a month, apparently by Syrian government warplanes.

The Russian blitz began hours after President Vladimir Putin and U.S. President-elect Donald Trump discussed Syria in a phone call and agreed on the need to combine efforts in the fight against what the Kremlin called their No. 1 enemy — "international terrorism and extremism."

Russia said its offensive, using long-range missiles and its carrier-borne jets in combat for the first time on opposition areas in Syria, focused on rebel-held northern Idlib province and parts of the central province of Homs. It didn't mention the besieged eastern neighborhoods of Aleppo.

The new offensive was a sharp snub to the Obama administration and its policy toward Syria, and augurs a major escalation in the coming days that would put tens of thousands of civilians in serious danger.

Months of negotiations between Moscow and the Obama administration have failed to cement a long-term cease-fire in Aleppo, which has become the focus of the war between President Bashar Assad and rebels fighting to topple him, some of whom receive U.S. aid. Al-Qaida's Syrian affiliate is fighting alongside the rebels, but the Islamic State group has no presence in Aleppo.

In announcing the start of what he called "a major operation," Russian Defense Minister Sergei Shoigu said it would target positions of the Islamic State group and al-Qaida's Syrian affiliate in Idlib and Homs provinces. He did not mention Aleppo.

"It's a well-developed, industrial-scale production," he said, adding that the strikes will continue.

"We strongly condemn the resumption of airstrikes in Syria by the Russians as well as the Syrian regime," she told reporters in Washington. "We've consistently pushed for the provision of humanitarian aid to these civilians suffering under siege. Instead of joining us constructively to reach that goal, Russia again has backed the Assad regime in their ruthless war against the Syrian people."

Trudeau also condemned reports of attacks on hospitals and a mobile clinic in Syria, saying Washington believes they are a violation of international law.

Hours before the start of the Russian offensive on Tuesday, at least three hospitals in rural parts of Aleppo province controlled by the rebels were knocked out of service following direct airstrikes, the Britain-based Syrian Observatory for Human Rights reported.

Russian Defense Ministry Maj. Gen. Igor Konashenkov denied any airstrikes on hospitals or any other target in Aleppo, calling the allegations "blatant lies."

"The Russian and Syrian air forces haven't conducted any strikes on Aleppo for 28 days," Konashenkov said.

Opposition activists said strikes on opposition-held areas of Aleppo included helicopter-borne barrel bombs like the ones used by the Syrian government in the past, and targeted multiple neighborhoods throughout the day.

"People are scared. The bombardment is intense," activist Baraa al-Halaby, who is based in eastern Aleppo, said via text message.

By late afternoon, Ibrahim al-Haj, of the Syrian Civil Defense in Aleppo city, said his group had counted 72 air raids in nine neighborhoods of eastern Aleppo. Initial reports showed seven people were killed and 32 were wounded in attacks that mostly hit residential areas in the besieged city, he said. Sounds of warplanes flying at low altitude could be heard over the phone as he spoke.

A resident of rebel-held eastern Aleppo reported more Syrian ground troops were being deployed on the city's edge, saying he feared a major ground operation was looming. Some 275,000 residents are estimated to be trapped in that part of Aleppo.

"There is real preparation (for an offensive) now," Wissam Zarqa, an English teacher, said by telephone.

Four weeks ago, Russia said it would halt weeks of deadly airstrikes to allow rebels and supporters to leave eastern Aleppo. The rebels refused to take up the offer and the United Nations failed to negotiate the delivery of aid into the besieged area. No aid has entered the area since July, and the U.N. and aid groups have warned of depleting supplies.

Besides the reported strikes on hospitals in Aleppo province on Tuesday, the U.S.-based Physicians for Human Rights said another hospital east of the city of Idlib was hit by an airstrike on Sunday.

Since Syria's conflict started in 2011, the group said it has recorded 382 attacks on medical facilities and hospitals throughout Syria. Of those, 293 were carried out by government forces and 16 were by Russian warplanes, it said.

"Over and over again, hospitals and emergency rooms are placed in the crosshairs of a conflict that seems endless and unyielding in its cruelty," said Elise Baker, research coordinator for the rights group. "As long as Syria and Russia continue their scorched earth strategy across the country, there are no safe havens."