NEW YORK (AP) — After years of stamping out soda tax proposals with well-financed campaigns, Big Soda is suddenly finding itself up against bigger adversaries. Voters and lawmakers in five municipalities such as San Francisco and the county that includes Chicago approved special taxes on sugary... 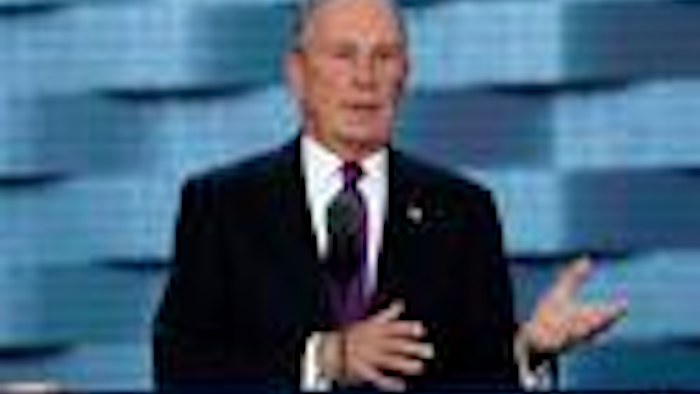 NEW YORK (AP) — After years of stamping out soda tax proposals with well-financed campaigns, Big Soda is suddenly finding itself up against bigger adversaries.

Voters and lawmakers in five municipalities such as San Francisco and the county that includes Chicago approved special taxes on sugary drinks last week, with advocates saying the victories point to a change in public attitudes and the beginnings of a movement. What's also changed, though, is that they're now backed by billionaire Michael Bloomberg, who as mayor of New York lost a bruising fight to limit the size of sugary drinks.

The soda industry dismisses the notion that the measures amount to a movement, and says the proposals are being pushed in places more likely to pass them.

"It's sort of a pesky thing that comes up now and then," Susan Neely, president of the American Beverage Association that represents Coke, Pepsi and others, said before the election.

Seven U.S. cities now have special, per-ounce taxes on sugary drinks. All were approved in the past two years, and got backing from Bloomberg Philanthropies, as well as from Laura and John Arnold, the latter of whom ran a hedge fund.

Others that passed last week were in Oakland and Albany, California, and Boulder, Colorado. They follow Berkeley, California, in 2014, and Philadelphia this summer. Bloomberg Philanthropies said it will help others that come forward.

The long-term effects of such taxes still aren't clear, with studies of recently enacted measures still in progress — some of them funded by $10.5 million Bloomberg dedicated to such research.

Even if taxes of 1 or 2 cents per ounce hike prices about 10 percent and don't affect how much soda people drink, the industry fears the stigma of being singled out and the potential for the taxes to be increased.

Already, soda consumption has been declining, though other sweetened drinks such as sports beverages and bottled teas have grown, and obesity rates keep climbing.

Still, some the see taxes as a way to curb at least one bad habit, pointing to cigarette taxes that helped cut smoking rates.

Bloomberg says his philanthropic organization is not orchestrating a national push to tax sodas, but providing help when local organizers reach out.

"These are things that we did not start," he told The Associated Press. "They are bottom-up, grass-roots campaigns."

Still, his deep pockets are putting advocates on a more even footing. In Oakland and San Francisco, soda tax supporters had at least $22 million in campaign contributions this year, largely from Bloomberg and the Arnolds. Tax opponents had $30 million, reflecting the beverage industry's determination to kill the measure.

Howard Wolfson, a Bloomberg adviser, also provides expertise to tax proponents, including feedback on campaign materials. In San Francisco this fall, TV ads featured the city's mayor saying the tax would help the "smallest San Franciscans," followed by the faces of smiling children.

"Big Soda is telling big lies," a doctor says in one ad.

Even failed measures like New York's serve a purpose, Bloomberg said. "The whole idea was to get a message out," he said. "If It just went through, it wouldn't have been a big deal."

Wolfson said other cities will want to replicate the successful efforts to raise revenue, improve public health, or both. Healthy Food America, which is funded by the Arnolds, said 20 other cities and states expressed interest in such taxes in recent months. The group gives advice on how to structure measures so they'll pass, and the type of opposition to expect.

A hallmark of the industry's playbook, for instance, is calling the measures "grocery taxes" since they're levied on distributors, who could pass the costs onto any items.

When France was considering raising a soda tax last year, Coke activated its "Sparkle" plan to shut down the threat. The strategy, named for what Coke calls its "sparkling" sodas, involved a "coordinated plan of action" with local food and drink trade groups and lobbying key contacts in the agriculture and economy ministries to "maintain opposition."

"We believe we have all it takes to avoid this yet again," a Coke executive wrote in a hacked email posted by DC Leaks. "It is however a worrying confirmation that there is relentless pressure on our category."

The proposal failed, but the email, tagged "LOW RISK, YET WORRYING," was prescient. Another internal Coca-Cola document in Europe last year flagged such taxes as very likely to affect its business, and said the company should "FIGHT BACK."

Other emails illustrate influence at high levels of government.

When Democratic presidential candidate Hillary Clinton expressed support for Philadelphia's beverage tax, an executive from Coca-Cola — which gave between $5 million to $10 million to the Clinton Foundation — vented to a consultant for the company, who had worked for Clinton at the State Department.

"Really??? After all we have done. I hope this has been falsely reported," the executive wrote in an email first reported by The Daily Caller. Despite its efforts to get Clinton to "walk back" her comments, Coca-Cola noted that she did not.

"Bernie Sanders is against it. That's what they told us to push," a canvasser for the anti-tax campaign told the health advocacy group Ninjas for Health, according to a recording provided by its leader, Kyle Pfister.

But increasingly, such strategies are butting up against better-organized advocates.

In the meantime, Coke and Pepsi say they're working to steer people toward lower-calorie drinks through marketing and reformulation, which they say is more effective than taxation. Coca-Cola spokesman Matt Echols said the taxes hurt such efforts, and approving them allows lawmakers to then push them "higher and higher."

That's the case in Mexico, which is already considering doubling the 1-peso per liter tax. The measure, enacted in 2014, was backed by Bloomberg.