In defeat, SKorean president to let parliament choose her PM

SEOUL, South Korea (AP) — South Korea's president said Tuesday she will allow parliament to choose her prime minister, a major political concession to growing anger as she scrambles to defuse an escalating influence-peddling scandal. The announcement by Park Geun-hye, who has faced tens of... 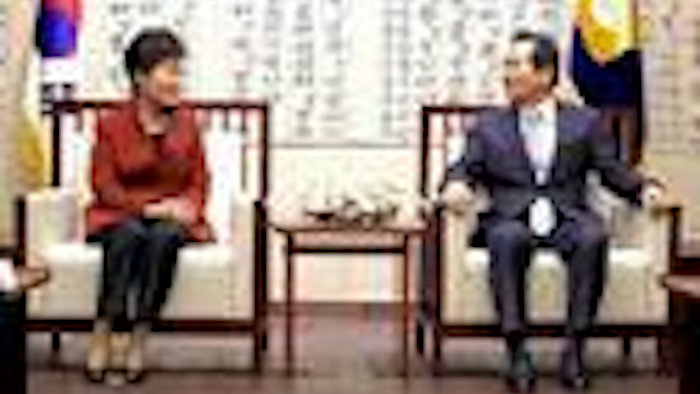 The announcement by Park Geun-hye, who has faced tens of thousands of protesters and an investigation into whether a mysterious confidante manipulated government decisions, could severely curtail her ability to govern in the 15 months she has left in her term.

Park's decision, which came during a meeting Tuesday with National Assembly Speaker Chung Sye-kyun, means that the liberal candidate for prime minister who she nominated last week as a way to settle growing anger will apparently be replaced. But opposition and ruling party lawmakers must first agree on someone else.

The political tug-of-war over the prime minister, who is typically chosen by the president as a No. 2, comes as opposition lawmakers demand that Park distance herself from domestic affairs because of the scandal involving Park's longtime confidante, Choi Soon-sil, who has no official government role.

Park giving up the presidential prerogative to choose a prime minister will further weaken her politically. She already faces terrible approval ratings and calls from the public to step down.

Earlier Tuesday, South Korean prosecutors raided the Seoul office of Samsung Electronics, the nation's largest and most valuable company, in connection with the scandal.

The Seoul Central District Prosecutors' Office linked the Samsung raid to an investigation into the scandal but provided no other details. South Korea's Yonhap news agency said investigators were following a suspicion that Samsung gave Choi's daughter illicit financial help.

Tens of thousands of people rallied in Seoul over the weekend, demanding Park's removal from office.