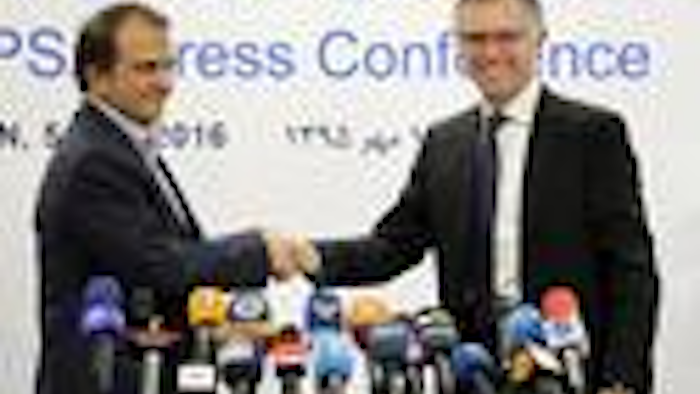 The two companies showcased five models on Wednesday to be produced by IKAP, a joint venture first announced in January during a visit to France by Iranian President Hassan Rouhani.

During the Paris auto show last week, French carmaker Renault announced it had reached a deal to make at least 150,000 vehicles a year with the Industrial Development and Renovation Organization of Iran.