SALT LAKE CITY (AP) — On the southern shore of Utah's Great Salt Lake, more than 100 boats are sitting high and dry in a parking lot, unable to sail the shallow, drought-stricken sea. North of the nearly empty marina, salt-loving bacteria thriving in the low water has turned the liquid pink. The... 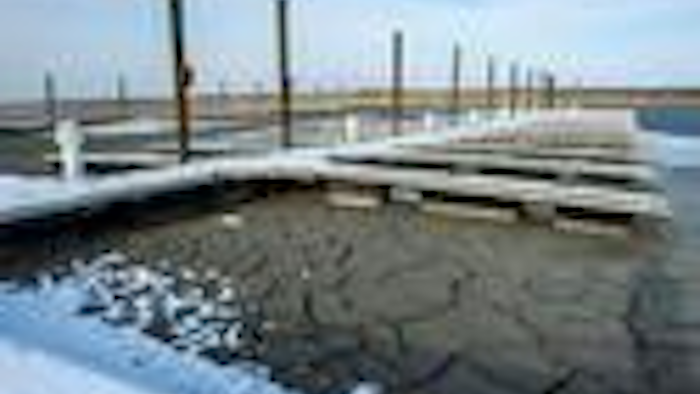 SALT LAKE CITY (AP) — On the southern shore of Utah's Great Salt Lake, more than 100 boats are sitting high and dry in a parking lot, unable to sail the shallow, drought-stricken sea.

North of the nearly empty marina, salt-loving bacteria thriving in the low water has turned the liquid pink.

The massive lake, key to the state's economy and identity, is skirting record low levels after years of below-average precipitation and record heat. A few dozen lawmakers are taking a road trip Thursday and Friday to see the problems firsthand and learn what they can do to help — besides praying for more rain and snow this winter.

The lake, about 75 miles long (120 kilometers) and 30 miles wide (50 kilometers), is America's largest outside the Great Lakes. Water levels have always fluctuated, but they have been dropping steadily since 2011.

"If this continues ... the ecosystem as a whole is under a pretty significant threat," said Jason Curry, a spokesman for Utah's Division of Forestry, Fire and State Lands.

The state estimates that the Great Salt Lake's ecosystem has a $1.32 billion economic effect. It is a home or major resting place for more than 250 species of birds. Salt and other minerals are mined from the lake and used for fertilizer, melting snow on roadways and other products. Its waters are credited with helping produce dry, powdery snow that attracts skiers worldwide to the nearby mountains.

It's generally three to five times saltier than the ocean, allowing swimmers to float easily. The lake is an unforgiving environment for most creatures, but a prime habitat for brine flies and brine shrimp — tiny, clear crustaceans once sold as "sea monkeys" in the back of comic books, whose eggs are now harvested and sold worldwide as food for other shrimp, crab and fish.

As lake levels drop and the water becomes saltier, even those creatures are threatened.

"Brine shrimp are very resilient to salt but even they have a limit, and we're reaching that limit," said Don Leonard, CEO of the Great Salt Lake Brine Shrimp Cooperative, a group of companies that harvest and sell their eggs.

The low water levels stress the shrimp in a way that produces fewer eggs, Leonard said. Last year, the cooperative had a below-average harvest and had to pay to dredge its harbor just to get its boats on the water.

He declined to say how much it affected the industry but that mentioned that dredging has become a yearly, expensive endeavor to dig out a deeper path for boats.

A visit to Leonard's operation is on lawmakers' itinerary this week, as is Antelope Island, a 15-mile (25-kilometer) state park and the largest of several islands on the lake where visitors now must walk a quarter-mile on the beach to reach the water. Legislators also will stop at another state park where boats are beached near the marina.

Republican state Rep. Mike McKell said lawmakers will be looking at whether Utah should step up efforts to remove an invasive weed that grows in tall, dense clusters and sucks up tens of thousands of acre-feet of water every year.

Legislators approved spending $1.5 million last year to dredge the lake, which will add an additional 6 to 8 feet (1.83 to 2.44 meters) and create a passable channel for boats. Utah hopes to start construction on that project early next year, said Jeremy Shaw, manager of the state parks at the lake.

"It's dire," she said. "We all have a stewardship responsibility for the lake and should honestly and actively own up to that."