WASHINGTON (AP) — The head of pharmaceutical company Mylan is defending the cost for life-saving EpiPens, signaling the company has no plans to lower prices despite a public outcry and questions from skeptical lawmakers. "Price and access exist in a balance, and we believe we have struck that... 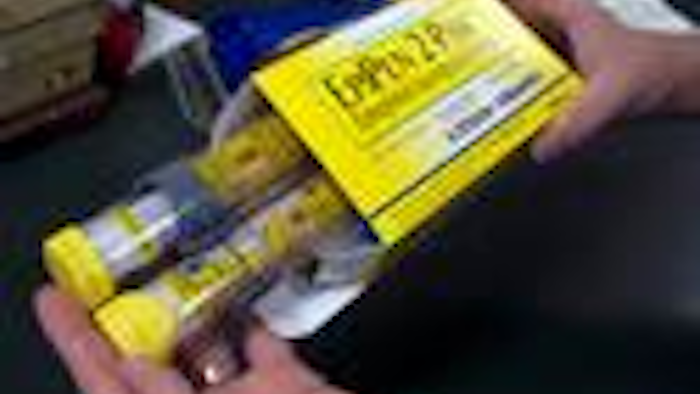 WASHINGTON (AP) — The head of pharmaceutical company Mylan is defending the cost for life-saving EpiPens, signaling the company has no plans to lower prices despite a public outcry and questions from skeptical lawmakers.

"Price and access exist in a balance, and we believe we have struck that balance," Heather Bresch says in prepared testimony released by the House Oversight and Government Reform Committee ahead of her Wednesday appearance before the panel.

The price of EpiPens has grown to $608 for a two-pack, an increase of more than 500 percent since 2007. Republicans and Democrats have said families struggling to pay for the emergency allergy shots have every right to be outraged by Mylan, a company whose sales are in excess of $11 billion.

Bresch says in the testimony that she wishes the company had "better anticipated the magnitude and acceleration" of the rising prices for some families.

"We never intended this," she says.

But she says investments are necessary to ensure more access for those who need it and the company has made strides to more widely distribute the drug to schools and others.

"We don't want to go back to a time — not that long ago — when awareness of anaphylaxis was much lower and epinephrine auto injectors were only available in schools with a prescription for an individual child," she says. "Achieving this level of expansion of awareness requires significant investment."

"Our goal is to work together to ensure that critical medications, like the EpiPen, are accessible and affordable for all of our constituents," Chaffetz and Cummings said in a joint statement last week.

Bresch has some familiarity with Capitol Hill — she is the daughter of Sen. Joe Manchin, D-W.Va. But lawmakers so far haven't given any deference to her because she is related to a colleague. Several other committees have called for investigations into the matter.

EpiPens are used in emergencies to stop potentially fatal allergic reactions to insect bites and stings, and foods like nuts and eggs. People usually keep multiple EpiPens handy at home, school or work, but the syringes, prefilled with the hormone epinephrine, expire after a year.

Bresch noted that Mylan has said it will begin selling its generic version for $300 for a pair. That will still bring Mylan tens of millions of dollars while helping it retain market share against current and future brand-name and generic competition.

The company has also offered coupon cards and has doubled the limit for eligibility for its patient assistance program.

Critics have said the coupons, discount cards and patient assistance programs aren't real solutions because many customers won't use them or won't qualify for them.

In her testimony, Bresch says she understands there is considerable concern and skepticism about the pricing. She says some think the company makes $600 off each EpiPen, but that is not true.

She says the company makes about $50 per pen after rebates, fees, materials and other costs are subtracted.