SEOUL, South Korea (AP) — Samsung Electronics on Saturday recommended South Korean customers to stop using the new Galaxy Note 7 smartphones, which the company is recalling worldwide after several dozen of them caught fire. In a statement posted on its website, the South Korean technology giant... 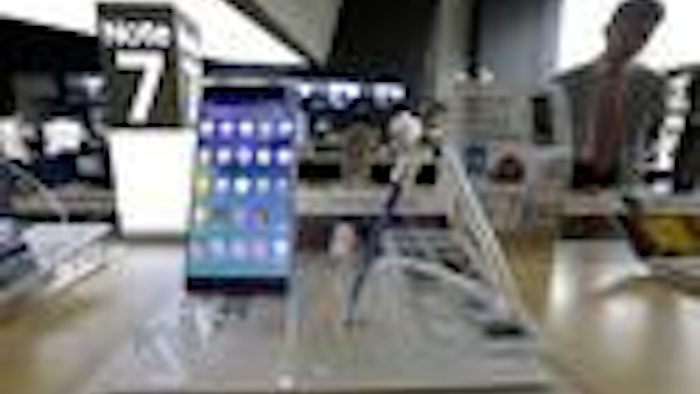 In a statement posted on its website, the South Korean technology giant advised local users to visit the company's service centers to receive rental phones for temporary use. Samsung plans to provide Galaxy Note 7 devices with new batteries in South Korea starting on Sept. 19.

"We again express our sincere apologies to our customers who value our products," the company said in a statement.

The U.S. Federal Aviation Administration on Thursday warned airline passengers not to turn on or charge Galaxy Note 7s during flights and also not to put the smartphone in their checked bags.

Samsung last week announced plans to recall 2.5 million Galaxy Note 7 phones worldwide after its investigation of the device fires found rechargeable lithium batteries manufactured by one of its suppliers at fault.

The company has confirmed 35 cases of its devices catching fire, most of them occurring while the battery was being charged. Samsung released the jumbo smartphone on Aug. 19.