Rhetoric or real? N. Korea nuclear test may be a bit of both

SEOUL, South Korea (AP) — North Korea's latest nuclear test, its most powerful to date, is a game-changer ... according to North Korea. As with anything reported by Pyongyang, an authoritarian state run by a third-generation dictator who allows zero dissent or outside investigation, there's... 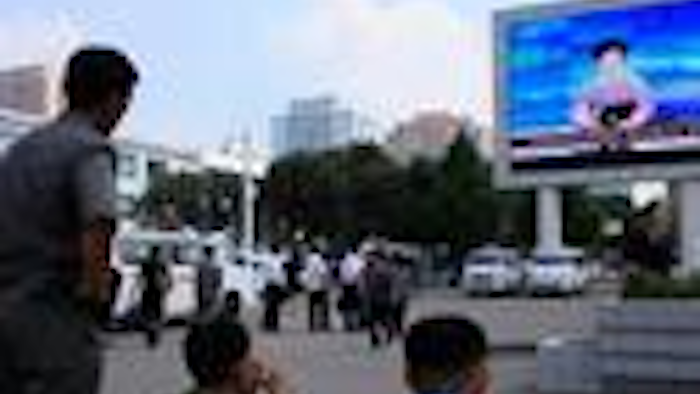 SEOUL, South Korea (AP) — North Korea's latest nuclear test, its most powerful to date, is a game-changer ... according to North Korea.

As with anything reported by Pyongyang, an authoritarian state run by a third-generation dictator who allows zero dissent or outside investigation, there's reason to be skeptical. But even if the North's assertion that it has rounded a crucial corner in nuclear development is more rhetoric than real, the content of its claim holds some important clues about where the country's atomic efforts may be heading.

WHAT DID NORTH KOREA ACCOMPLISH?

North Korea says its "standardization" of a warhead will allow it to produce "at will and as many as it wants a variety of smaller, lighter and diversified nuclear warheads of higher strike power." This puts "on a higher level (the North's) technology of mounting nuclear warheads on ballistic rockets."

It may indicate North Korea feels it can confidently build miniaturized warheads, mass-produce those weapons and then deploy them on ballistic missiles.

If so, Pyongyang has developed a unified design for nuclear weapons that could be used on a variety of its ballistic missiles, including Scuds, mid-range Rodong and Musudan missiles, and submarine-launched missiles, said Kim Dae Young, a military expert at South Korea's Korea Defense and Security Forum.

Combine that with everything scientists have learned from the four previous tests and North Korea may now have nuclear weapons capable of attacking its Asian neighbors, said nuclear expert Whang Joo-ho of Kyung Hee University in South Korea.

Daryl Kimball, executive director of the Washington-based Arms Control Association, provided a similar assessment, saying that North Korea is either at or very close to the point where they can arm short-range ballistic missiles with a nuclear warhead.

Whatever the state of the program, one thing is clear: The fifth test was the most powerful to date.

Seoul said the 5.0 magnitude seismic event dwarfs the four past quakes associated with North Korean nuclear tests. Artificial seismic waves measuring 3.9 were reported after North Korea's first nuclear test in 2006, for instance, and a 4.8 was reported from its fourth test this January.

The explosive yield of Friday's North Korean blast would have been 10 to 12 kilotons, or 70 to 80 percent of the force of the 15-kiloton atomic bomb the United States dropped on the Japanese city of Hiroshima in 1945, according to South Korea's weather agency. The North's fourth test, in January, was an estimated six kilotons.

"If previous tests were conducted with the purpose of acquiring the nuclear bomb, the newest test shows that the North finally owns a real, weaponized nuclear bomb," Kim said.

The RAND National Defense Research Institute, a federally-funded U.S. think tank, said in a 2010 report that the detonation of a 10-kilton nuclear weapon in the South Korean capital of Seoul could cause more than 200,000 deaths and would easily overwhelm doctors and beds in hospitals throughout the country.

WHAT CAN IT BUILD NOW?

The big question, though, is whether Pyongyang can make warheads small and light enough to be armed on a missile that can reach the mainland United States — much more advanced technology.

Kimball from the Arms Control Association said North Korea has not yet demonstrated the ability to launch a medium- or long-range missile that can re-enter the Earth's atmosphere and is still years away from having an intercontinental ballistic missile that can deliver a nuclear warhead that can hit the continental U.S.

If the North has mastered miniaturization, the next step would be making and stamping bombs that can be put on warheads.

North Korea is a very poor country and has much less to work with than, for instance, the United States and Soviet Union did in their nascent nuclear stages. This means that Pyongyang likely can't develop different warheads for different missiles.

Much also depends on how much nuclear fuel the country has.

Estimates vary, but North Korea may have about 40 kilograms (88 pounds) of weapons-grade plutonium, according to a 2014 South Korean report, which is enough for about seven atomic bombs.

But Pyongyang also has a highly enriched uranium program, which is much more easily concealed and which outsiders know very little about; if that program is advanced, the North could have much more fuel for bomb-building.

Stephen Schwartz, an independent nuclear weapons expert, said that North Korea's statement about the test suggested that the detonated nuclear device employed a composite fissile core that used both plutonium and highly-enriched uranium, which, if true, would enable the North to build more nuclear weapons than would be otherwise possible with plutonium or uranium alone.

But North Korea has vowed to pursue both nuclear and economic development.

This test, portrayed as an overwhelming success, could allow the North to turn more attention to its moribund economy and a population that often struggles to find enough to eat.

Some outsiders were struck by the name of the agency that announced the nuclear test, something called the Nuclear Weapons Institute, which hasn't appeared previously in North Korean media.

This important-sounding institute may be a way for Pyongyang to play up another important goal: that it considers itself a full-fledged nuclear weapons state, despite a refusal by Washington, Seoul and others to accept the North in this role.

From a purely propaganda point of view, the North's statement Friday satisfies an important requirement: It portrays a strong, proud country led by a great leader.

Whether the North's announcement of its test is simply the same mixture of boast, threat and propaganda that characterizes much of what North Korea chooses to show in its tightly controlled state media, or a major nuclear advancement, the picture that the North paints for the world may be as important as what actually happened.