HARROGATE, England (AP) — Ji Mengyu sinks into a soft chair with her cup of tea to the sound of tinkling teaspoons and light chatter. The opulently decorated Victorian tea salon is quintessentially British, something straight out of Downton Abbey. Except it's in Beijing. The 25-year-old HR... 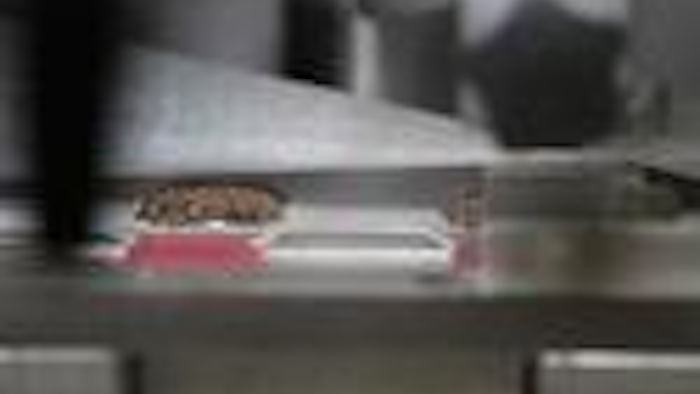 HARROGATE, England (AP) — Ji Mengyu sinks into a soft chair with her cup of tea to the sound of tinkling teaspoons and light chatter. The opulently decorated Victorian tea salon is quintessentially British, something straight out of Downton Abbey. Except it's in Beijing.

The 25-year-old HR professional is one of a growing number of Chinese who are looking past their country's ancient tea traditions in favor of imported British blends. For Ji, the tea has an aura of luxury and quality, and gives her a sense of partaking in the posh British culture popularized globally by TV shows and fashion brands.

"I think British people's traditional customs and culture have a kind of classical style," says Ji Mengyu, who says she's inspired by TV shows like Downton Abbey, but also Sherlock Holmes and Game of Thrones.

For three centuries, countries in Asia and Africa have been quenching Britons' thirst for tea, supplying dried leaves worth millions of pounds every year. Now, that trend is showing some signs of reversing. China and Hong Kong in particular are seeing a surge in appetite for British tea blends — some of which are made with leaves from China itself, an example of the twists in trade that the globalization of tastes can create.

"It fits the taste of people who want to pursue a higher quality of life," says Li Qunlou, general manager at AnnVita English Tea House in Sanlitun in Beijing.

As a result, British tea companies selling premium blends have seen their exports to China and Hong Kong skyrocket.

In the first five months of 2016, British tea exports to Hong Kong nearly tripled in value compared with two years earlier. They doubled to the rest of mainland China, data from the U.K. HM Revenue & Customs show.

Shipments to China and Hong Kong only make up 7 percent of total British tea exports, but the share is growing quickly.

Some of these deliveries come from Harrogate, a small town in northern England that is the home to Taylors of Harrogate. The fourth generation family-owned company has been selling tea to China for more than 10 years. In the past three years, sales have more than doubled every year, albeit from a low starting point.

Tea originates from China and has been a central part of the culture for thousands of years. In Britain, tea was not introduced until the 17th century, though it has since become a staple and adapted to local tastes.

Every day thousands of tea samples arrive in Harrogate for the tasters to evaluate. The business essentially relies on their taste buds to find the right mix of leaves to maintain the signature flavors that the company bases its reputation on. Chinese customers mainly buy Taylor of Harrogate's Earl Grey and English Breakfast tea.

"Our approach was to invest time and resources to understand consumer behavior and we found that there are a number of Chinese consumers with a high level of discretionary income and demand for Taylors of Harrogate brands," says Davies.

The demand is growing mainly among China's wealthy middle class and is fueled by portrayals of British high society featured in TV shows, news stories of the British royal family and classical novels like Jane Austen's, analysts say.

Another reason for the popularity of British imported tea is the seemingly endless string of food scandals that plagues China and Hong Kong.

Greenpeace and government investigations found high levels of pesticides or poisonous earths in tea, also in some of the best known brands. Imported premium British tea brands are perceived as being safer and of higher quality.

Paradoxically, some of the British tea sold in China and Hong Kong is originally grown in China. However, it represents only a small amount of British exports there — about 3 percent, according to Frost & Sullivan, a market research company.

British tea makers mainly import leaves from Africa and India, regions where the taste for British tea blends has not grown in the same way, for economic and cultural reasons.

Despite the recent slowdown in the Chinese economy, Taylors of Harrogate and many other companies and industry experts are optimistic about the country's consumers.

"We are continuing to strengthen our links in China," says Davies.

Helene Franchineau in Beijing contributed to this report.