SALT LAKE CITY (AP) — The race between a small town on the Rio Grande in New Mexico and a Salt Lake City suburb to entice a new Facebook data center with millions of dollars in tax breaks and subsidies is raising questions about public investments in a booming cloud-computing economy that... 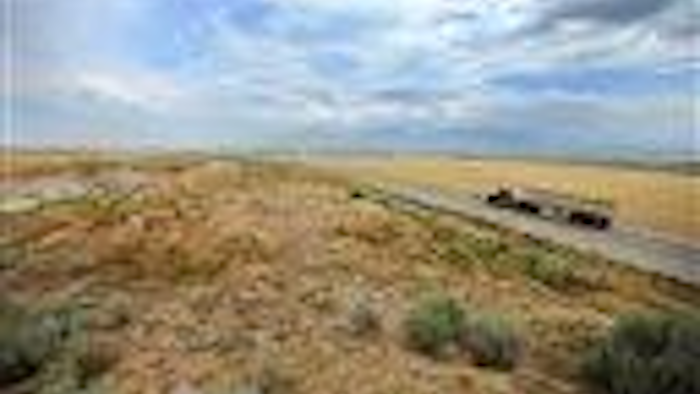 SALT LAKE CITY (AP) — The race between a small town on the Rio Grande in New Mexico and a Salt Lake City suburb to entice a new Facebook data center with millions of dollars in tax breaks and subsidies is raising questions about public investments in a booming cloud-computing economy that typically brings few local jobs.

In West Jordan, Utah, an initial plan to offer some $240 million in tax breaks over two decades fell apart after several local leaders said the lure was too rich. Negotiations have since restarted.

In New Mexico, The Los Lunas Village Council agreed to give up all property taxes for 30 years in exchange for annual payments that start at $50,000 and top out at nearly a half-million dollars.

The village has yet to provide a tally of the revenues it would forgo under a complex economic development agreement that also involves tax breaks on billions of dollars in computer equipment over time.

Officials in West Jordan say they can hardly compete with the generous offer from the town of 15,000 people in New Mexico.

"This is nothing but a giveaway," Swenson said.

Los Lunas officials foresee a possible $1.8 billion construction project that provides as many as 300 direct temporary jobs, and just 50 permanent jobs thereafter — a fraction of the steady employment at the local Walmart distribution center.

Still, supporters of such deals see an opportunity to attract a hot company that would bring tax revenue despite the incentives and could attract other high-tech companies.

Facebook's latest expansion comes as the social media giant looks to beef up its video presence, said John Harrington, a data center expert with Verify Research Associates. Video is increasingly the way to attract advertisers and eyeballs, but it also requires more space.

Data centers are typically large facilities filled with rows of hard-drives and servers that store and process vast amounts of information. They're increasingly essential to the global economy, but on the ground they function more like storage facilities that need few people to keep them running.

While the Facebook plan has been contentious in Utah, it's enjoyed broad political support in New Mexico, where the Los Lunas Village Council voted to sweeten the offer last week.

New Mexico officials appear eager to please businesses willing to set up shop in a state hit hard by a downturn in the oil and natural gas sectors, and where computer chip maker Intel has been steadily unwinding a major manufacturing plant that was an early beneficiary of similar property tax breaks using industrial revenue bonds.

There's been some question about whether the estimated 50 jobs are worth the trouble, but state Rep. Alonzo Baldonado, R-Los Lunas, anticipates that construction will spill over into other parts of the economy. Among other infrastructure upgrades, three industrial-scale solar power plants would be built to offset electricity consumed by the data center.

The plants would be paid for through a power purchase agreement with Facebook.

"You don't know until it's on the ground when it comes to seeing the economic benefits," said Baldonado, a staunch supporter of the data center project. "You have to take risks sometimes."

The once-struggling timber town of Prineville, Oregon, for example, is reinventing itself as a digital hub since attracting Facebook's first wholly owned data center with the help of a 15-year abatement on property taxes.

But in Utah's relatively healthy economy, critics of the Facebook deal argue the land eyed by the social media giant could be developed by another outfit that would pay more in school-funding taxes and create more jobs.

They also worry that new companies coming to the state will expect similar treatment.