Panera CEO on self-respect, and why he often avoids gluten 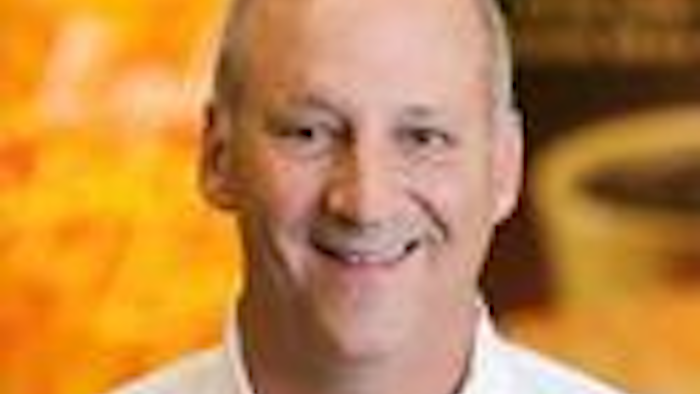 The company's recent efforts include ridding its menu of ingredients with long, chemical-sounding names people might find unappetizing. It's also trying to reduce what Shaich refers to as "friction" to make it easier for customers to get their food, whether it's through online ordering or in-store tablets that let people avoid standing in line.

Panera says the efforts are paying off, with sales up 2.3 percent at established locations for the latest quarter.

Shaich recently spoke with The Associated Press about his role as CEO, why he's careful about his gluten intake, and which product name he thinks is "stupid."

His comments have been edited for length.

Q: You've equated eating at Panera with having self-respect. What do you mean by that?

A: Two weeks ago, I was in an airport and I walked up to a nameless fast-food chain. I ordered something. I watched the people make the food without gloves on. I thought about where their hands had been. Then I walked over to sit in this environment, with this chair that was bolted to the floor. I felt so crummy about myself.

I was starving. The choice was them, and nothing. And I chose nothing. I couldn't respect myself doing that.

Food is not simply nutritional cocaine that I'm injecting in my body. It is about a relationship I have with myself, how I see myself, what I want from myself.

A: Today, it's all about trust and relevancy. And large corporate entities are more untrusted than trusted. And they've earned that by the way they've done things. People have been oversold, over-branded, overhyped, over-promised. And they basically trust a small local operator more than they trust the big corporate entity.

Q: So how does a small company grow into a big company and stay relevant?

A: When companies start out, they figure out a better way to do something, and they're very relevant. Behind discovery is delivery. Delivery is about being more efficient, it's about numbers, and it's about extracting costs.

I often think of myself as the discoverer-in-chief. The most powerful role I have is protecting the people that are dreaming about where this company can be in two to three to five to 10 years.

Q: What do you think about this trend of chains saying they're removing artificial ingredients?

A: (McDonald's had) a commercial on Chicken McNuggets. And they are touting the fact that they're free of preservatives. I'm going OK, what are they really free of? And by the way, what sauce are these kids dipping it in? And what's in the sauce?

I'm offended that these guys are turning this into marketing. They're taking one element, and they're broadening it.

People really do want simpler, cleaner food, but this isn't about marketing, it's about delivering.

Q: Aren't these big companies flexing their discovery muscles by trying to make these changes?

A: Are they flexing their discovery? They're adjusting to a consumer marketplace. Everybody plays a role. Our role was the lead the charge, and to open up the space. We're very large. When we do something, we change the economics of it and that allows other guys to come in behind us. And that's fine with us — just do it all the way.

Q: I noticed Panera has a "gluten-conscious cookie." What does that mean?

A: That is gluten-free cookies in a world where the lawyers won't let you say "gluten free." You cannot walk into a Panera and be a celiac without having flour dust in the air. We're not telling you this is celiac standard. So our lawyers say we can't say gluten free. They're gluten conscious.

Having said that, there is no gluten in that cookie. That doesn't mean that your personal injury lawyers have permission to go after us.

Q: So your lawyers came up with the name?

A: As a simple, single soul that goes into Panera, I feel good about eating that cookie because I often try to avoid gluten. It has no gluten in that cookie. I'm not telling you that it meets the highest standards of whatever.

I think it's a stupid name.

Q: Why is the CEO of Panera trying to avoid gluten?

A: There are times when I want to eat it, and times that I don't. I would suggest that gluten tends to be tied to carbs. And I try to balance my carbs and my proteins and my fats.

Gluten tends to be a leading indicator of carbs.