TUSCALOOSA, Ala. (AP) — Six people died when a small aircraft flying from central Florida to Oxford, Mississippi, developed engine problems and crashed Sunday morning while trying to land in Alabama, authorities said. A pilot issued a distress signal around 11:10 a.m. Sunday, and the aircraft... 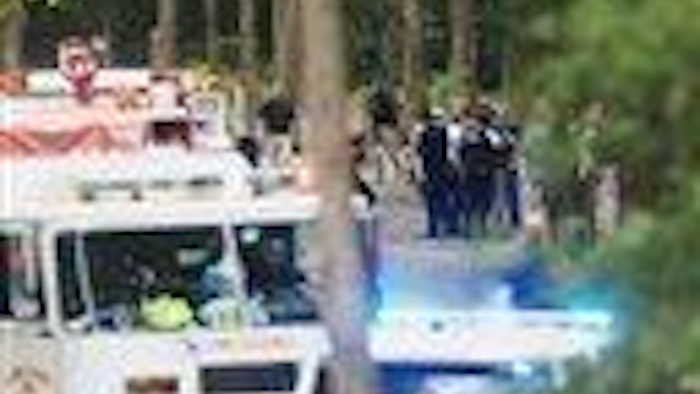 A pilot issued a distress signal around 11:10 a.m. Sunday, and the aircraft went down moments later short of a runway at Tuscaloosa Regional Airport, Northport Mayor Bobby Herndon said during a joint news conference with Tuscaloosa Mayor Walt Maddox.

Firefighters made it to the site within three minutes of the crash but were unable to save any of the six people on board, Herndon said.

"They did everything they could," he said.

A statement from the Federal Aviation Administration said the Piper PA-31 departed from Kissimmee Gateway Airport and went down in trees while approaching the Tuscaloosa airport.

Tuscaloosa police Lt. Teena Richardson said the aircraft had a final destination of Oxford but developed engine problems. It wasn't immediately clearly whether the stop in Tuscaloosa was planned before the engine trouble occurred, she said.

FAA records showed the twin-engine aircraft was manufactured in 1984.

The names of victims were not immediately released. But online aircraft records showed the aircraft was registered to a private airplane charter company which shares an address with a dental office in Oxford, the home of the University of Mississippi.

The National Transportation Safety Board will investigate the crash.