TOKYO (AP) — Toyota's much ballyhooed plug-in hybrid Prius Prime is being pushed back by several months, with the new sales date set for late this year or early next year. Toyota Motor Corp. said Wednesday the launch dates were being delayed for Japan, but not for the U.S. and Europe because they... 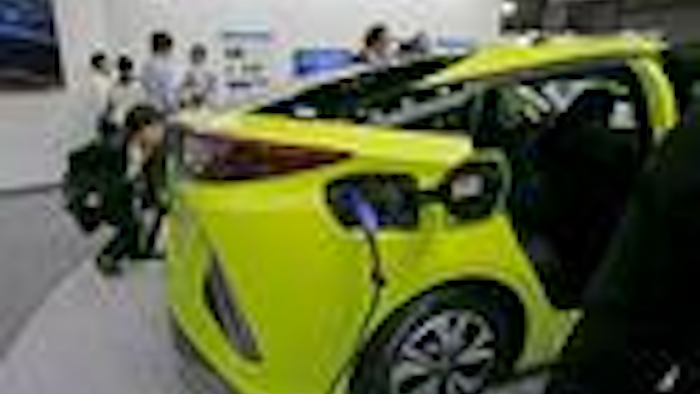 TOKYO (AP) — Toyota's much ballyhooed plug-in hybrid Prius Prime is being pushed back by several months, with the new sales date set for late this year or early next year.

Toyota Motor Corp. said Wednesday the launch dates were being delayed for Japan, but not for the U.S. and Europe because they were set to follow Japan from the start. It was unclear what the dates were for any of the regions.

"We decided we want to take our time and more care before starting mass manufacturing," said company spokeswoman Kayo Doi. She would not give other details.

Toyota leads the industry in hybrids, which switch between a gas engine and an electric motor.

It has sold 9 million hybrid vehicles since 1997, but only about 75,000 plug-ins, which charge from a regular household plug and switch to operating as hybrids only when batteries run low.

Prius Prime was shown for the first time at the New York International Auto Show in March. Launch delays are not unheard of, but Toyota tends to be conservative about dates and other promises to the public.

Doi denied any parts-supply shortages were behind the delay, and said it was just about taking more time than expected to produce a better product for customers.

The first Toyota plug-in was launched in 2012, after limited leasing from 2009. The company is promising a whopping mileage equivalent to 120 miles per gallon, calculated including how far the vehicle goes as an electric car, without a drop of gas, for Prius Prime called Prius PHV in Japan.

Prius Prime's cruise range as an electric vehicle is 22 miles (35 kilometers), or long enough for about half of American commuters. That rises to about 80 percent for people who can plug in during work, according to Toyota.

A price for Prius Prime has not yet been announced. The plug-in battery is an expensive component and falling oil prices have been eroding the appeal of hybrids and plug-ins.

Her work can be found at http://bigstory.ap.org/content/yuri-kageyama