Survey: US factories expanded for 5th straight month in July

WASHINGTON (AP) — American factories expanded for a fifth straight month in July, another sign that U.S. manufacturers are recovering from damage caused by a strong dollar. But a measure of factory employment fell. The Institute for Supply Management said Monday that its manufacturing index last... 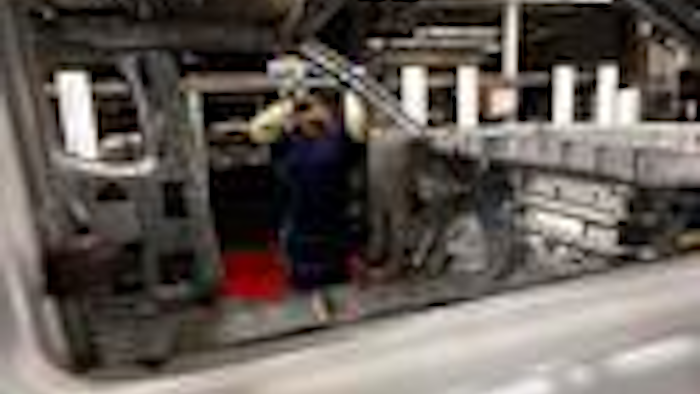 WASHINGTON (AP) — American factories expanded for a fifth straight month in July, another sign that U.S. manufacturers are recovering from damage caused by a strong dollar. But a measure of factory employment fell.

The Institute for Supply Management said Monday that its manufacturing index last month read 52.6. That's down from 53.2 in June, but anything higher than 50 signals growth.

But the ISM, a trade group of purchasing managers, said employment contracted in July after having risen modestly in June. It has now dropped in seven of the past eight months. A separate report by the Labor Department shows that U.S. factories have shed 29,000 jobs over the past year.

"Things are solid now but not robust," said Brad Holcomb, chair of the ISM's manufacturing survey committee. "You just don't want to add permanent employees until have to and until you see that things are even stronger."

Still, U.S. factory activity overall has recovered after being pounded by economic weakness overseas and a strong dollar, which made their goods costlier in foreign markets. The ISM index stayed below 50 from October through February before turning positive in March.

"Overall, this suggests that the manufacturing sector is continuing to gradually recover," Andrew Hunter, U.S. economist at Capital Economics, wrote in a research note. But he added that continuing global economic weakness means that "a strong recovery in manufacturing activity remains unlikely in the near term."

Britain's June 23 vote to leave the European Union has created a major uncertainty for American manufacturers. A separate ISM survey last month found that 38 percent of manufacturers expect the so-called Brexit vote to hurt their business. The decision raises doubts about the future of trade between Britain and the EU.

The Commerce Department reported last week that orders to U.S. factories for long-lasting manufactured goods fell in June by the largest amount in nearly two years. But the details were a bit better. The figure was dragged down by a big drop in the volatile commercial aircraft category. And a category viewed as a proxy for business investment plans rose in June after two months of declines.

The government reported Friday that the U.S. economy expanded at a disappointing 1.2 percent annual rate in the second quarter after growing just 0.8 percent the first three months of the year. Business investment fell for the third straight quarter from April through June.