DALLAS (AP) — The deaths of four children in hot cars in recent days has brought the number across the U.S. this year to at least 23, nearly matching the total for all of last year and prompting experts to plead for vigilance and warn parents that it can happen to anyone. "It just breaks your... 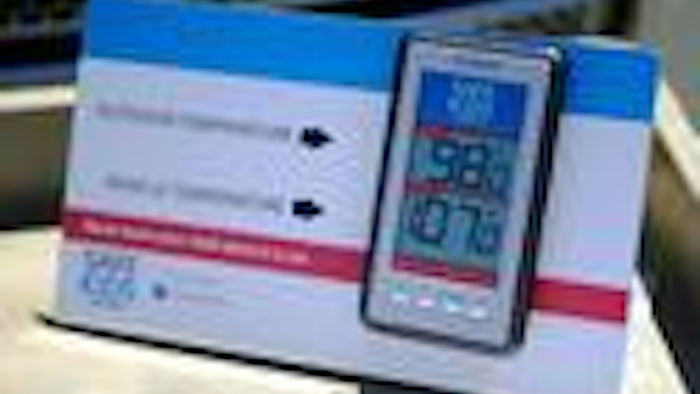 DALLAS (AP) — The deaths of four children in hot cars in recent days has brought the number across the U.S. this year to at least 23, nearly matching the total for all of last year and prompting experts to plead for vigilance and warn parents that it can happen to anyone.

"It just breaks your heart," said Janette Fennell, founder and president of KidsAndCars.org , a national child safety nonprofit based in Philadelphia. "We've done so much to try to get the word out and maybe that's why last year was down a bit but this year is not looking very good."

Four-year-old Samaria Motyka died on Friday in Williamsport, Pennsylvania after her caregiver drove to work instead of taking her to day care. In Dallas, 2-year-old Boi Lei Sang died after being left in a hot car in a parking lot Sunday while his family was in church.

Fennell, whose organization tracks such deaths, said the number began dramatically rising in the 1990s with the passing of laws requiring that young children be placed in the back seat to avoid air-bag injuries. "The problem is, when you are out of sight, you can be out of mind," said Fennell, adding that infant and toddler seats now are rear-facing.

The numbers of heatstroke deaths of kids in cars fluctuated in the following decades, averaging 37 such deaths a year since 1998. Last year, with about two dozen deaths, was an unusually low year. The worst was 2010, with 49, according to both a count by Fennell and Jan Null, a research meteorologist at San Jose State University, who also tracks numbers .

Not surprisingly, states with warm climates all year and large populations had the most hot car deaths since 1990. Fennell said that there have been 111 hot car deaths in Texas, followed by Florida with 80 and California at 54.

The temperature inside a parked car on a 90-degree day will reach 119 degrees in 20 minutes and 133 degrees after an hour, Null said.

Parents should get into the habit of always opening their back doors when they leave the vehicle, according to Fennell. Leaving a purse or cellphone in the back seat can help. Other strategies include keeping a stuffed animal in the car seat and placing it in the front seat when the child is strapped in as a reminder that the child is there. Parents also need to make sure their day care calls them if the child doesn't show up, she said.

"It happens to the very best of parents," Fennell said. Sleep-deprived parents become distracted because of a change in routine or thinking about what needs to be done at work.

"It is going to take technology to startle someone out of autopilot," she said.

In an industry first, General Motors will have as a standard feature in their 2017 GMC Acadia sport utility vehicle a system that monitors its rear doors to remind drivers who have just parked to check their rear seats if they'd opened rear doors at the start of their trip.

She also noted that there is a child seat for sale that alerts the driver if they are leaving the car and the child seat is still buckled.

But Null said he doesn't believe technology is a panacea, noting that even if new cars were required to have reminder systems, it would be a slow process for everyone to get that new of a vehicle.

"It would be a help, but the biggest thing is education and awareness," Null said, noting his analysis shows about 30 percent of the deaths are the result of kids getting into unlocked cars on their own.