NEW YORK (AP) — Up and down supermarket aisles, tranquil rows of perfectly placed products reflect calculated deliberations aimed at getting shoppers to spend more. Take cereal. Research published in the Journal of Environment and Behavior found that kids' cereals tended to be placed on lower... 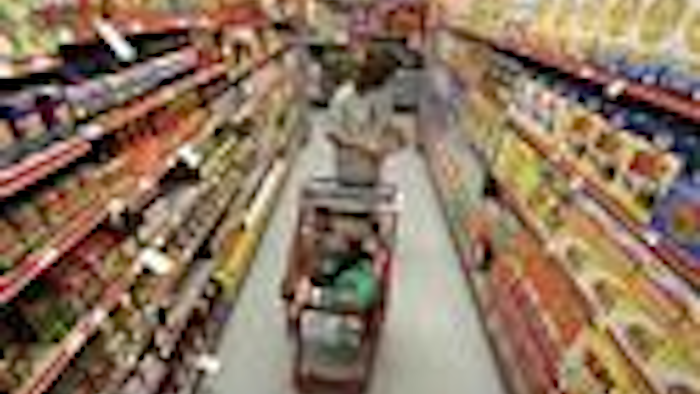 Take cereal. Research published in the Journal of Environment and Behavior found that kids' cereals tended to be placed on lower shelves where they are more eye-level with children. It's just one example of the tactics food companies and supermarkets use to sway what people put in their carts.

Here are some others:

The perimeter of the supermarket is considered prime real estate, with health experts regularly urging people to stick to the sections where they can find fresh produce, meat, and dairy products.

Now, candy and cake mixes are migrating to the outer loop as well.

Regional grocery chain Winn-Dixie experimented in late 2014 with revamping the candy aisle to address declining sales for those items and others generally located in the center aisles. The project was developed with Hershey and shifted bags of candy and chocolate in colorful displays to the front of the store by the checkout, where they would be harder to avoid and could tempt impulse buying.

Winn-Dixie has since ended that program, but its parent company Southeastern Grocers didn't give up on the concept. After a test earlier this year, the company started putting "buy one, get one free" bins in highly trafficked areas to showcase products often found in the center of store, like cake mixes and dinner kits.

Hershey also says other stores have adopted elements of the Winn-Dixie test. The chocolate maker says stand-alone displays with its Reese's and Kisses products are in nearly 900 U.S. stores across a variety of retailers including supermarkets, with plans to introduce similar concepts later this year in additional stores.

It's not just chocolate that's migrating. Earlier this year, Kellogg ran a program with Meijer supermarkets to place cereal in the produce section. The company said it is "evaluating opportunities" following the test.

ART OF THE SALE

If there's a tower of cookie packages on sale, it's unlikely to be because the supermarket miscalculated the demand for Chips Ahoy that week. Promotional displays and discounting in stores are often funded by suppliers like Oreo cookie maker Mondelez or PepsiCo's Frito-Lay.

If you think you're immune to such tactics, consider what happens when they're curbed.

General Mills, which makes Cheerios and Nature Valley granola bars, said last month its sales were hurt by Wal-Mart's decision to scale back on in-store displays. ConAgra, which makes Banquet and Healthy Choice frozen meals, also said its sales were pinched by its decision to tighten "trade spending," the industry term for such in-store promotions.

Manufacturers can have tortured relationships with trade spending. Some say it's an unhealthy way to goose sales because it trains shoppers to buy only when products are discounted. Marketers worry that constant sales may cheapen the brand images they work so hard to cultivate.

Yet the numbers suggest the tactics are tough to quit.

Kroger, the nation's largest traditional supermarket operator, last year reported $7.3 billion in "vendor allowances," which the company said is primarily from trade spending. That's up from $6.9 billion in 2014, and $6.2 billion the previous year.

Even in the less-popular center aisles, the way items are positioned is carefully choreographed.

Companies like Coca-Cola invest considerable resources in studying how to boost sales, and are eager to offer advice to help their supermarket clients optimize shelf arrangements. The idea is that their suggestions help lift the entire category's sales — but companies obviously have an interest in prominently featuring their own products.

Smaller grocers might rely heavily on major suppliers for such guidance, while bigger retailers tend to have plenty of their own research. Ahold, the parent company of Stop & Shop supermarkets, says the final determination for a product's spot on a shelf is made by its own category managers, who consider recommendations from vendors.

TABS Analytics, a consulting firm, said it had recommended that Sam's Club cluster products regularly used by senior citizens, like incontinence and digestive products. The firm's research suggested that doing so could boost sales.

Sam's Club said it wasn't aware of having incorporated any of those suggestions, which TABS Analytics CEO Kurt Jetta said were part of its consulting for the health and beauty category more broadly and provided on behalf of Unilever, a Sam's Club supplier.

Of course, products have to get onto the shelf in the first place. To introduce a new frozen item at a national chain, a company might pay a "slotting fee" of around $100,000, Jetta said.

Kroger says it has "moved away" from charging slotting fees, and that they represent a "negligible" part of the vendor allowances it reports.

While slotting fees seem to stack the deck against smaller companies trying to break into an industry, Jetta thinks they are generally fair because of the potential payoff that comes with being sold at a major retailer.