Already hectic commute could get worse with trains sidelined

PHILADELPHIA (AP) — With one-third of its rail fleet out of service, Philadelphia's main transit agency predicts Wednesday's commute could be even more hectic with more people returning to work following the Fourth of July holiday weekend. The Southeastern Pennsylvania Transportation Authority is... 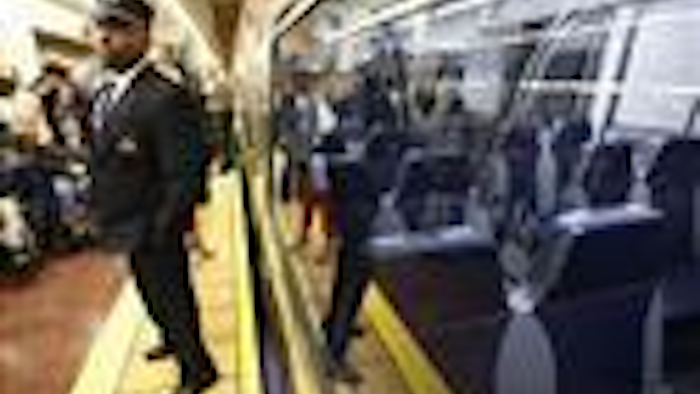 PHILADELPHIA (AP) — With one-third of its rail fleet out of service, Philadelphia's main transit agency predicts Wednesday's commute could be even more hectic with more people returning to work following the Fourth of July holiday weekend.

The Southeastern Pennsylvania Transportation Authority is looking to lease equipment from other states after sidelining 120 regional rail cars due to structural problems. SEPTA said cracks were discovered Friday night in beams in the suspension system on its fleet of Hyundai Rotem-made Silverliner V rail coaches. Only five of the 120 cars were found to be without problems.

While some commuters on Tuesday switched to the bus or other means of transportation, others dealt with delayed and packed trains.

"It made it difficult to get in after a long weekend," said Lynne Suher, who left home 40 minutes earlier than normal for her ride to the city from the suburbs. "But it seems like some people have off this week because of the holiday so we'll see how bad it gets."

The transit union said Tuesday the transit agency knew about the problem for at least a month, a claim which SEPTA disputed.

SEPTA has hired consultants to pinpoint the source of the problem, which SEPTA General Manager Jeff Knueppel said could be a design flaw, bad materials or faulty workmanship. Hyundai Rotem spokesman Andy Hyer said the manufacturer is working "literally around the clock to get the cars back into service as soon as possible, safely and soundly."

At least one other transit authority in the U.S. has begun inspecting some of its rail cars since the train issues in Philadelphia came to light.

Denver's mass transit agency is taking a closer look at similar Hyundai Rotem coaches used in its airport service. The newer cars are about 5,000 pounds lighter and have a different weight distribution.

The Massachusetts Bay Transportation Authority, which primarily uses a model of coach much different from Philadelphia's version, said it's inspecting two of its older Hyundai coaches.

SEPTA said it would provide refunds and credits for weekly and monthly regional rail pass customers as a result of the rail cars being taken out of service.

Philadelphia's regional rail system typically transports about 65,000 riders each way per day. With 13,000 fewer seats, the trains carried about 35,000 to 40,000 people on Tuesday. Trains were put on a modified Saturday schedule until further notice with additional rush-hour service.