Lewis wasn't happy with her insulin pump and finally switched two years ago to another brand. Now her health insurer is pushing her to go back. UnitedHealth Group Inc. has made a deal with device maker Medtronic that will slash options for diabetics who use the portable pumps, which costs... 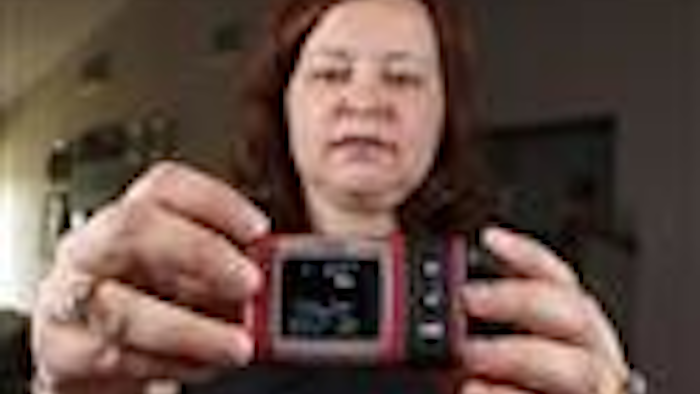 Lewis wasn't happy with her insulin pump and finally switched two years ago to another brand. Now her health insurer is pushing her to go back.

UnitedHealth Group Inc. has made a deal with device maker Medtronic that will slash options for diabetics who use the portable pumps, which costs thousands of dollars. The move has angered Rodenberg-Lewis and others who will be limited to three pump choices instead of nine.

Health insurers, big employers and other bill payers have been trying for years to rein in costs and improve care by steering clients to certain doctors and hospitals. They've also restricted options for some prescriptions and lined up deals for smaller-ticket items like diabetes test strips or items patients don't chose, like heart stents.

Limiting choice for medical equipment that a patient usually selects is uncharted territory. UnitedHealth rivals Aetna and the Blue Cross-Blue Shield insurer Anthem say they haven't done this. But experts say it could become more common.

"It's unfair," said Rodenberg-Lewis, 41, a Katy, Texas, elementary school teacher who also has a teenage son with Type 1 diabetes.

"I have this disease that I did not ask for, did not cause, and now you're telling me you're going to make the decision for me (about) the device that keeps me alive?"

Insulin pumps are pager-size devices used mainly by people with Type 1 diabetes, the kind often found in childhood. These patients can't make their own insulin, the hormone that turns food into energy. The external pumps make up for that by delivering a steady dose through a tube into the skin or a patch and extra doses at mealtimes

Starting July 1, customers on many of UnitedHealth's plans will only be able to choose between two Medtronic pumps or an option made by Insulet Corp. If patients want another brand, they may have to pay some or all of the cost. The insurer says it will make exceptions for patients who have a medical need for another option.

The nation's largest health insurer says it wants to steer patients toward quality devices that are competitively priced.

Patients may see insurers making more deals like this in the future, said Linda Blumberg, a health economist with the nonprofit Urban Institute. She thinks it could push other companies to cut costs and make improvements to land their own deals.

Regulators, though, must make sure it isn't too hard to get other options, if they are medically needed, she added.

"We can't just wish away the high cost of medical care," Blumberg said. "We've got to think about ... ways in which we can bring down costs while not significantly hurting quality."

Patient advocates say all the pumps on the market deliver insulin safely. But they worry that these agreements will force patients to live with a pump that may not be right for them and hurt competition by pushing smaller manufacturers out of business.

The pumps can be better at regulating blood sugar levels than a patient who injects insulin several times a day. They also come with a separate monitor that continuously checks blood sugar levels, although patients still need to do periodic checks themselves.

UnitedHealth chose Medtronic in part because one available option stops the insulin flow if blood sugar levels drop dangerously low, said Dr. Richard Migliori, the insurer's chief medical officer. He declined to say whether the insurer got a discount but did say cost was a factor.

"At any time, and at all times, we're always looking to keep our product affordable," he said.

Rodenberg-Lewis had used a Medtronic pump for 15 years before switching to one made by Animas Corp. She didn't think the Medtronic monitor was accurate enough, and she said the pump's supplies, which are not fully covered by insurance, were more expensive. The pump also wasn't waterproof, a key feature for someone who frequents pools and water parks during blazing hot Texas summers.

"I swore when I switched that I would never go back, so that's one of the reasons this has me so up in arms," said Rodenberg-Lewis, who signed a petition protesting the change.

Organizations like the American Diabetes Association and the Juvenile Diabetes Research Foundation, or JDRF, also have cautioned that choice should be preserved.

Patients develop a level of trust with their pumps, which have different components, said Aaron Kowalski, a vice president of research at JDRF and a Type 1 diabetic.

"When people work that out, it is very difficult to say, 'Hey, scratch that, you're going back to the drawing board, and you're going to relearn all this,'" he said.

UnitedHealth's Migliori said the change won't affect everyone right away. It doesn't apply to Medicare Advantage customers or those 18 and under.

Rodenberg-Lewis would rather just have the option to keep to her pump when her warranty expires. She also worries about her son, Peter. He's been injecting insulin since he was diagnosed with Type 1 diabetes a year ago, but he's planning to use a pump.

Rodenberg-Lewis doesn't want her son's choices restricted when he becomes an adult.

She said he and his doctor should decide what's best for him. "That should not be dictated in any way by an insurance company," she added.