Normally planes don't go to the polar outpost from February to October because of the dangers of flying in the pitch-dark and cold. 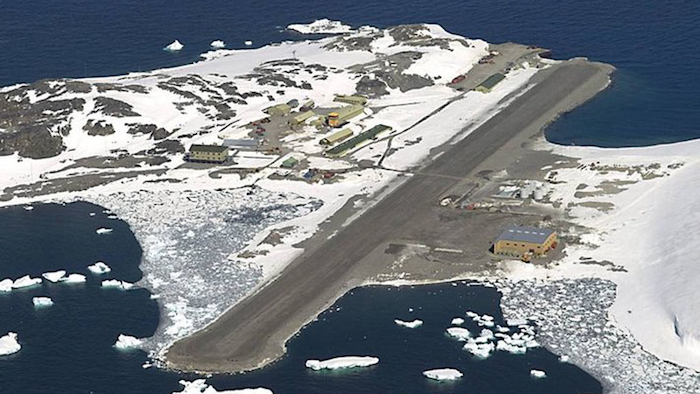 In an international effort, a Twin Otter turboprop plane was making the 1,500-mile flight back to a British research station on the Antarctic peninsula, said Peter West, spokesman for the National Science Foundation, which runs the polar station for the United States. The crew made the nine to 10-hour flight to the pole on Tuesday.

From the British post, the two sick workers will be flown off the continent for medical care. The rescue crew and workers could rest and fly the next day, said Paul Seagrove, spokesman for the British Antarctic Survey , which runs the Rothera station. Or a second Canadian plane and crew already at Rothera can fly the two out immediately if the weather is good and doctors give the OK, he said.

The Rothera station sits on a peninsula that juts off the Antarctic continent and is closest to South America. Seagrove said the two workers would likely be taken to Punta Arenas in southern Chile. 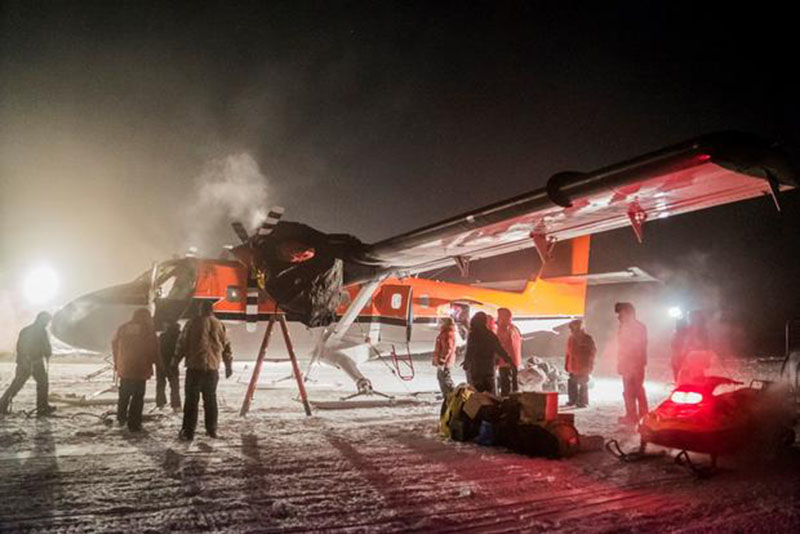 Once the sick patient and the crew rest, they will then fly off Antarctica for medical attention that could not be provided on the remote continent. (Robert Schwarz/NSF via AP)

The agency won't identify the sick workers or their conditions, citing medical privacy. At the start of the rescue trip, it was still being decided whether a second ailing worker would be evacuated from the Amundsen-Scott research station. On Wednesday, the foundation said that both workers had left.

Before the evacuation, there were 48 people — 39 men and nine women — at the station for the winter.

Normally planes don't go to the polar outpost from February to October because of the dangers of flying in the pitch-dark and cold. It was minus 75 degrees (minus 60 degrees Celsius) at the South Pole on Wednesday, according to the station's webcam . The first day of winter in the Southern Hemisphere was Monday — the sun will not rise at the South Pole till the first day of spring in September.

Steve Barnet, who works with a University of Wisconsin astronomy team at the polar station but is in the U.S. now, lauded the rescue crew. 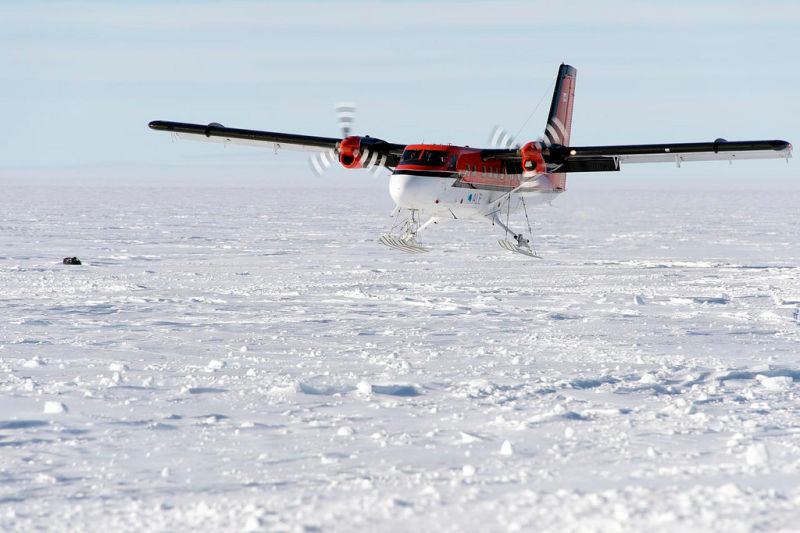 The courage of the pilots to make the flight in extremely harsh conditions is incredible and inspiring," Barnet wrote in an email.

The extreme cold affects a lot of things on planes, including fuel, which needs to be warmed before takeoff, batteries and hydraulics, according to West. The Twin Otter can fly in temperatures as low as minus 103 degrees (minus 75 degrees Celsius), he said.

"The air and Antarctica are unforgiving environments and punishes any slackness very hard," said Tim Stockings, operations director for the British Antarctic Survey in London. "If you are complacent it will bite you."

"Things can change very quickly down there" with ice from clouds, high winds and snow, he said. 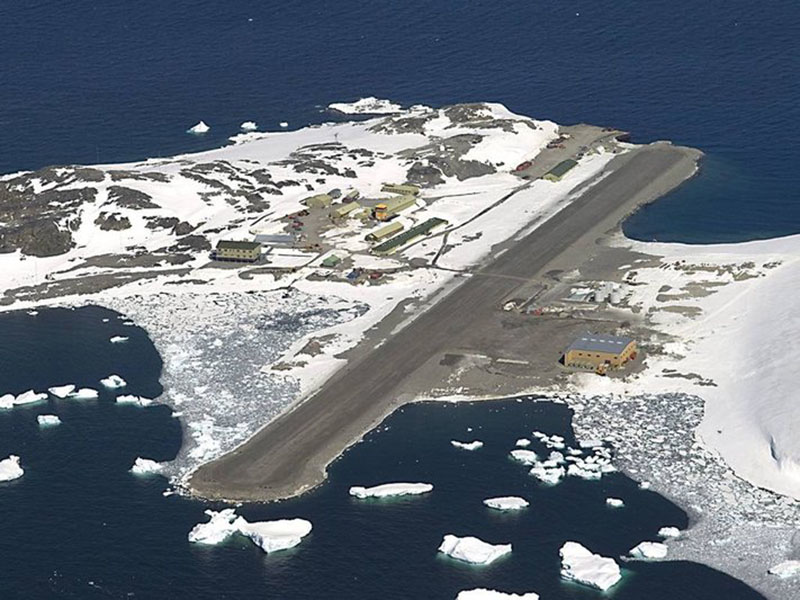 There have been three emergency evacuations from the Amundsen-Scott station since 1999. The station has a doctor, a physician's assistant and is connected to doctors in the U.S. for consults, West said. But sometimes workers need medical care that can't be provided at the South Pole.

The 1999 flight, which was done in Antarctic spring with slightly better conditions, rescued the station's doctor, Jerri Nielsen, who had breast cancer and had been treating herself. Rescues were done in 2001 and 2003, both for gallbladder problems.

Scientists have had a station at the South Pole since 1956. It does astronomy, physics and environmental science with telescopes, seismographs and instruments that monitor the atmosphere. The foundation runs two other research stations in Antarctica.