SAN FRANCISCO (AP) — The Latest on Apple (all times local): 1:20 p.m. Analysts are saying that Apple's upcoming updates to its Siri voice assistant should help the company address criticisms that it can't compete on artificial intelligence. Apple is now opening Siri to apps made by other... 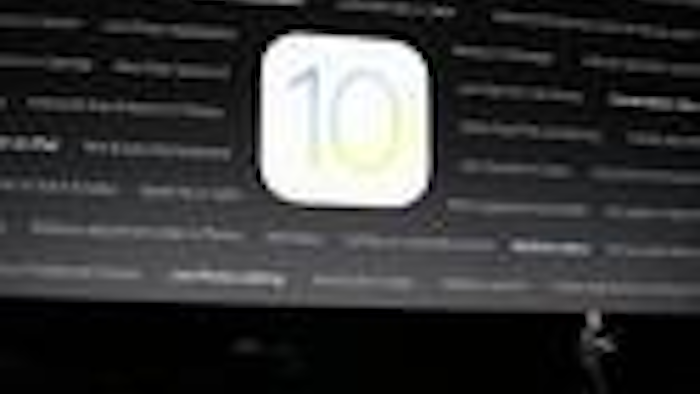 SAN FRANCISCO (AP) — The Latest on Apple (all times local):

Analysts are saying that Apple's upcoming updates to its Siri voice assistant should help the company address criticisms that it can't compete on artificial intelligence.

Apple is now opening Siri to apps made by other companies, and like Google and Microsoft, it's bringing the digital assistant to desktop and laptop computers.

Patrick Moorhead of Moor Insights & Strategy explains it as Apple using non-personal information in aggregate to teach Siri new tricks, then having all the personalization take place on the individual device. It's in contrast to Google's approach of doing everything over the internet — that is, in the "cloud."

Analyst Jan Dawson of Jackdaw Research says the changes announced in San Francisco on Monday should make Siri "substantially more useful and effective as an assistant and keep it competitive with alternatives from Google, Amazon and others."

A new messaging app and improvements to maps and the Siri voice assistant are among the new features coming to iPhones and iPads.

The new version of Apple's mobile software, iOS 10, will be available for free this fall. It will work with older phones, too — as far back as the iPhone 5 from 2012 — though not every new feature will work or work as quickly.

Advanced users will be able to try out a "beta" preview in July.

As part of the update, Apple is also increasing what users can do from the iPhone's lock screen. It's redesigning its notifications with the 3-D Touch feature on newer phones to allow for better access to messages, music and widgets that show sports scores and other information.

Meanwhile, Apple says its HomeKit smart-home system is getting a new look, as more consumer electronics companies and now home builders get on board. The centerpiece is its new Home app, which puts the controls for all of a user's HomeKit devices in one place.

Apple is trying to make its messaging app smarter, more versatile and more engaging as part of an upcoming update to its iPhone software.

Users will be able to change the size of the bubbles surrounding the text to help convey the feelings underlying the words. For instance, an expression of love might be displayed in a large bubble while a message of condolence might be shown in a very small bubble.

The feature is similar to an upcoming Google messaging app called Allo. Both are expected in a few months.

Apple's upgraded messaging app will also draw upon machine learning to automatically suggest the appropriate emoji to place alongside texts. It will also show graphics and thumbnails of the information contained in a web link and automatically play online videos when they're opened by a recipient.

Besides trying to compete against big rivals such as Google, Apple is also trying to keep its iPhone users engaged on its messaging app instead of spending more time on trendier alternatives such as Snapchat.

Apple has re-designed its in-house apps for maps, music and news in an attempt to make them more useful and less complicated.

It opened its once-maligned Maps app to developers. Senior vice president Eddy Cue says that will enable you to find a restaurant, book a reservation, request a car from Uber or Lyft and pay for it using Apple Pay, all without leaving the Maps app.

For Apple Music, now with 15 million paying subscribers, the company is unveiling a redesign aimed at simplicity and making it easier to find music stored on the device as opposed to streamed from the Internet.

Apple is also making it possible to subscribe to various publications like The Wall Street Journal and read the stories inside the News app. News alerts from your favorite outlets will also pop up on your device's lock screen.

The changes were unveiled at Apple's annual developers' conference in San Francisco.

Apple is letting its virtual assistant Siri work with applications made by other companies.

The change will open up new ways for Siri to help iPhone owners get things done more quickly.

In doing so, Apple also is catching up to other virtual assistants from Google and Amazon. Amazon's assistant, Alexa, is enjoying a surge in popularity, partly because it works well with a variety of other applications.

Experts say the move could make Siri more useful to consumers and help Apple learn more about its users. But it could diminish use of Apple's homegrown apps, such as Apple Music or Maps. Now, users might ask Siri to open a competitor like Spotify.

Apple is also adding a facial recognition tool to its mobile software so the people and objects captured in photos are automatically identified. Google has already been doing that through a photo app it released last year.

Apple unveiled the changes at a Monday conference in San Francisco. The new operating system will be released for free, likely in September.

Apple's payment system, Apple Pay, is coming to the web.

The service already lets people pay in stores without opening a separate app, by holding their phone or watch near a reader.

Apple says users can now use their phone's fingerprint sensor to pay and check out when they are shopping online using a web browser.

Previously, Apple Pay and Android Pay for e-commerce required installing a separate app for each merchant.

Apple says it will soon expand the service to Switzerland, France and Hong Kong. It's already available in the U.S., the U.K., China and a few other markets.

Apple's virtual assistant, Siri, is coming to desktop and laptop computers. The digital assistant, first introduced on Apple's iPhones in 2011, will now be available in Apple's operating system for Macs.

That follows a trend in which Microsoft and Google have built similar voice services to their operating systems for computers. Microsoft added its digital assistant, Cortana, to the Windows 10 operating system released last year. It's activated when users say "Hey Cortana."

Google also offers voice commands in its Chrome operating system. It added the ability to respond to a spoken "OK Google" in 2014, but removed that feature a year later, saying not many people used it. Chrome users can still click on a microphone icon to activate voice commands.

Apple's new Mac system will be called macOS Sierra and will likely come out this fall.

Other updates include features that will allow users to moves more seamlessly between different kinds of Apple devices. It will help people move more files to the Internet and have let users log in without a password.

Apple is making it easier to use its Apple TV set-top box as the new hub of a digital home.

The new version of the tvOS system will enable you to sign in once to access multiple apps from various TV network providers. It's also adding services like Dish's Sling TV and Fox Sports Go.

There's also better integration with the Siri voice assistant. You can launch live TV viewing with voice command and search YouTube and the iTunes store for videos using Siri.

The company also enabled Apple TV to interact with photos stored in Apple's online locker, iCloud, and interact with smart home devices such as thermostats that use the company's HomeKit platform.

The announcements are part of a string of updates announced at the company's annual developers' conference in San Francisco.

Among other things, it will prompt users to wheel themselves about — an equivalent to standing breaks. The efforts may boost the image of Apple's smartwatch over stand-alone fitness trackers, though the target market isn't huge.

The next version of Apple's software for watches will also include an "SOS" feature that will automatically call for help in emergencies. It will have the ability to share exercise activities with other people to help motivate each other.

Apple also has retooled the software, to be released for free in September, so apps on the watch launch more quickly.

Cook says Apple is offering its "deepest sympathies to everyone whose lives were touched by this violence." He calls the shooting a "senseless, unconscionable act of terrorism and hate aimed at dividing and destroying."

He notes that Apple makes a point of celebrating its diversity and asked the crowd to rise and take part in a moment of silence.

Apple's wisecracking digital assistant Siri could have a big role as the company's annual software conference opens in San Francisco.

As voice technology has improved, people are getting more comfortable with services like Siri and the service Google calls "assistant" to interact with online services for entertainment, shopping and the like.

Even so, many people are still reluctant to use voice-enabled services in public settings, like the office or the street. That makes the home an important battleground.