US services firms grew at slowest pace since February 2014

WASHINGTON (AP) — U.S. services firms grew at the slowest pace in more than two years last month. The Institute for Supply Management said Friday that its services index fell to 52.9 last month from April's 55.7. It was the lowest reading since February 2014. Anything above 50 signals growth. A... 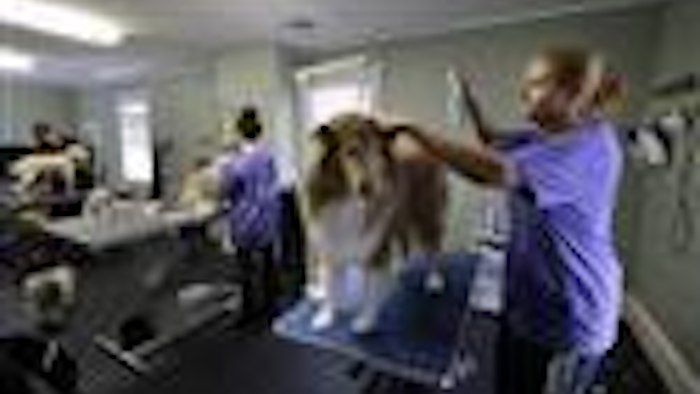 The Institute for Supply Management said Friday that its services index fell to 52.9 last month from April's 55.7. It was the lowest reading since February 2014. Anything above 50 signals growth.

A measure of employment in services fell last month for the first time since February. Services firms reported slower growth in production and new orders.

The ISM report followed a disappointing report on job creation last month. The Labor Department reported that employers overall added just 38,000 jobs in May, the fewest in five years. Services, which account for more than 70 percent of U.S. jobs, have been a source of U.S. economic strength. The ISM services index has signaled growth for 76 straight months.

The ISM is a trade group of purchasing managers. Its services survey covers businesses that employ the vast majority of workers, including retail, construction, health care and financial services companies.

"This report backs up the weakness story told by the small rise in payroll employment in May," Chris Rupkey, chief financial economist at MUFG Union Bank, wrote in a research note. The drop in the services index "hints that the economy's troubles could just be starting."

The ISM reported Wednesday that its manufacturing index rose for the third straight month. But the details of the report were gloomier: Factories' new orders and productions grew more slowly in May, and export orders and a measure of employment were unchanged.