NEW YORK (AP) — Small business owners say it's time the presidential candidates provide concrete details on how they'll tackle key issues including taxes, health care costs and government regulations. "They haven't been getting to the meat of issues about how they're going to help small... 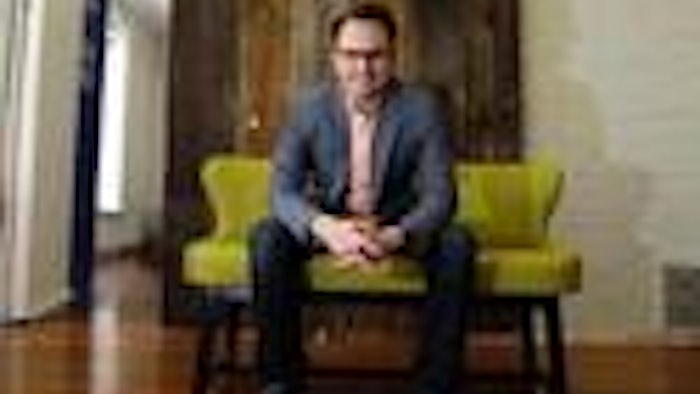 "They haven't been getting to the meat of issues about how they're going to help small businesses and entrepreneurs in America," says Craig Bloem, owner of FreeLogoServices.com, a website based in Boston that lets companies design advertising logos.

In a Wells Fargo survey of 600 business owners released last week, about three-quarters of the respondents echoed Bloem's sentiments. Most said they planned to vote in November, and that taxes and the economy topped their list of concerns.

Hillary Clinton and Donald Trump have talked about cutting taxes, including the personal rates that sole proprietors and members of a partnership pay. On his campaign website, Trump promises to cut the tax rate for companies big and small to 15 percent. Clinton vows to provide "targeted tax relief " to small business, and make it easier to start and grow a business. Bernie Sanders' proposals are aimed at raising taxes on wealthier people; those with income of $250,000 would see their tax rates rise. He also wants to raise taxes on large corporations.

The candidates have also made general promises on other issues that affect small businesses. Trump, for example, says he'd ask Congress to immediately repeal the health care law that requires companies with at least 50 workers to offer them health insurance. He says he'd ask Congress to consider reforms to replace the law. Clinton says she'd build on the law to slow health care costs. Sanders wants to see Medicare expanded to cover all people and free employers of responsibility for providing health insurance.

When asked for more specifics about how he'd help small businesses, Trump's campaign issued a general statement and referred a reporter to the candidate's website. The Clinton and Sanders campaigns did not respond to repeated emails seeking comment.

But the candidates will have to start talking in details to win the support of owners.

"They love being able to say that they're for the small business owner, or at least they pretend to," says Ernesto Miranda, co-owner of Walker-Miranda, an architectural design based firm in Dallas. "A lot of things that I see are a little bit more lip service. I would like to see more concrete plans."

Miranda wants to hear whether candidates are willing to give small businesses the kind of subsidies and tax breaks large corporations can get for job creation.

Bloem, the FreeLogoServices.com owner, hopes to learn candidates' proposals for reducing taxes on the sale of a company, and their plans to encourage small business innovation through more government contracts.

Brett Randle, CEO of Soulman's Bar-B-Que, a chain of 14 restaurants in the Dallas area, is interested in how the candidates would ease the burden of government regulations, including health care. He has 225 employees, and under the health care law is required to offer them health insurance.

"There's been some talk of advocating for the small business owner," Randle says. "At this point, it seems more hyperbole than anything."

Small business was a big issue in the 2012 campaign, but not until the summer, when Republican Mitt Romney accused President Barack Obama of being anti-business. In 2016, small business concerns are likely to get more attention when it's certain who the Democratic nominee is, says Marc Meredith, a professor of political science at the University of Pennsylvania.

But Meredith notes that small business is not necessarily a solid voting bloc — although business people are usually associated with Republicans, many owners are Democrats. And according to a survey by Bank of America, relatively few owners vote solely on the basis of small business issues. Fifteen percent of the survey's participants said they vote from the perspective of a business owner, 34 percent vote from a personal perspective, and 51 percent said both business and personal perspectives determine their vote.

And what constitutes a small business varies widely. Small businesses include companies that have anywhere from zero to several hundred employees, and businesses as varied as dry cleaners, tech startups, doctor's offices and franchise restaurants. The issues that concern owners can vary according to their industry and state and city or town where they're located.

Take the minimum wage, for example, a prominent issue for the Democrats. Clinton wants to raise the minimum to $12 on the federal level and $15 on the state and local level. While many restaurant owners and retailers want to slow the pace at which minimum wages are rising in their cities and states, others say putting more money in workers' paychecks will give them more spending money, something that's good for businesses in general.

Still, talking about small business problems can be a good campaign strategy. There are more than 28 million small businesses in the U.S., and more than 56 million people, about half the nation's workforce, work at a small business.

"They symbolize so much of what many people believe is right and wrong with the economy," says David Primo, a professor of political science and business at the University of Rochester.

Follow Joyce Rosenberg at www.twitter.com/JoyceMRosenberg . Her work can be found here: http://bigstory.ap.org/content/joyce-m-rosenberg