CAPE CANAVERAL, Fla. (AP) — Chalk up a moon for the icy dwarf planet Makemake. The Hubble Space Telescope has detected a tiny, dark moon circling the dwarf planet on the frozen fringes of our solar system. Scientists announced the discovery Tuesday. It's the same team that spotted Pluto's smaller... 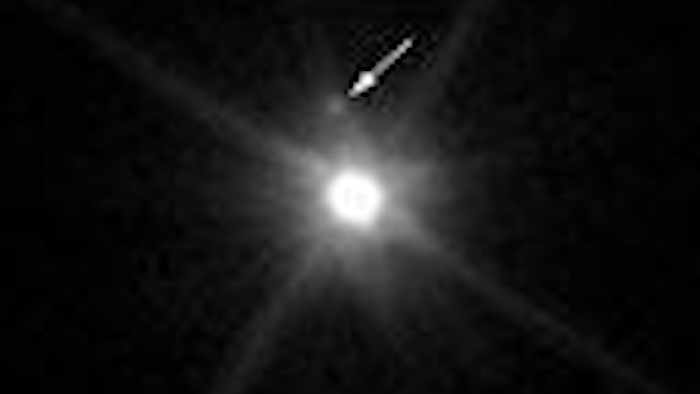 The Hubble Space Telescope has detected a tiny, dark moon circling the dwarf planet on the frozen fringes of our solar system. Scientists announced the discovery Tuesday. It's the same team that spotted Pluto's smaller moons years ago.

MK2 was found 13,000 miles from Makemake, which is named after the creation deity in the Rapa Nui mythology of Easter Island. Further observations will be needed to determine if MK2's orbit is circular or oval.

Scientists say the discovery is further evidence that dwarf planets way out in the Kuiper Belt do, indeed, have moons.