SALT LAKE CITY (AP) — A son of wealthy industrialist Jon Huntsman Sr. has agreed to buy The Salt Lake Tribune, ending uncertainty about the future of Utah's largest independent newspaper. Digital First Media reached an agreement to sell the newspaper to Paul Huntsman, the company announced in a... 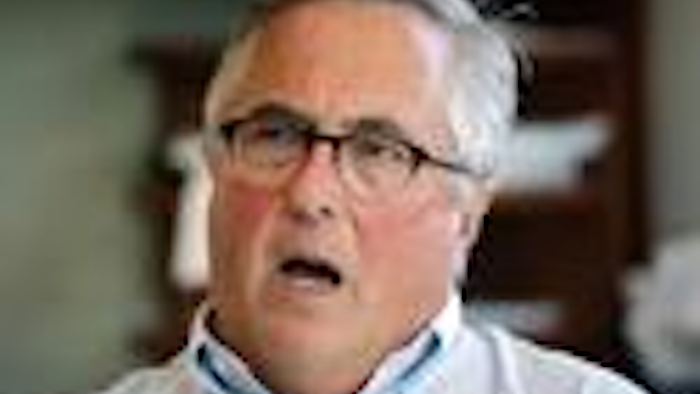 Digital First Media reached an agreement to sell the newspaper to Paul Huntsman, the company announced in a news release Wednesday. Terms of the deal were not disclosed.

The sale's timing comes as somewhat of a surprise but it was known that the Huntsman family was interested in the newspaper.

"It is important that The Salt Lake Tribune continues in its indispensable role for our community and to be locally owned," Paul Huntsman said in a statement. "We hope to ensure the Tribune's independent voice for future generations and are thrilled to own a business of this quality and stature."

Patriarch Jon Huntsman Sr. is founder and executive chairman of Huntsman Corp., a roughly $13 billion company that refines raw materials that go into thousands of products. He also founded the Huntsman Cancer Institute in Salt Lake City, a research center dedicated to finding a cure through human genetics.

Son Paul Huntsman is the CEO of Huntsman Family Investments, a private investment arm. Another son, Jon Huntsman Jr., is a former governor of Utah and ambassador to China who ran for the Republican nomination for president in 2012.

Tribune Publisher and Editor Terry Orme, who has been advocating for local ownership of the newspaper, called the sale good news. But he cautioned that the deal has not closed and that he has yet to talk with Paul Huntsman about the vision for the newspaper and who will manage it.

"We have a long ways to go before we know how the future is going to look," Orme said. "However, I welcome this news very much. I am very pleased that it appears the Tribune will once again be owned by a Utahn."

Major changes to a longstanding joint operating agreement with another Salt Lake City-based newspaper in 2013 cut the Tribune's profits nearly in half.

The deal triggered a lawsuit by a group of former staffers who allege the terms violated antitrust laws and would lead to the Tribune's demise. The group's attorney, Karra Porter, said she and lawyers for the newspaper's owners plan to meet Monday to discuss the sale and a possible resolution of the legal challenge.

It was not known if the profit split was renegotiated in the sale. Digital First Media declined to answer questions beyond its news release.

Orme, the longtime newsroom leader, said the uncertainty about the future of the newspaper has made it hard for him to retain top journalists.

But the Huntsman purchase is the best-case scenario for the Tribune, said Doctor, the analyst.

"You have a local owner with deep pockets and a civic commitment who wants to see a long-term survival of a strong newspaper," Doctor said. "That stands in distinction to many of the shorter-term players, like Digital First Media."